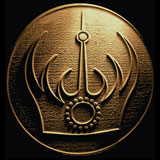 …and so the downtuned demonic dynamic duo known as Ommadon lurch forth from their slumber to lay waste to the world of man once more. They maketh the earth shake, the skies blacken and the seas boil with their searing, scalding ur-doom sound. Drums that fall like the footsteps of some monstrous lead-footed behemoth collide with metallic shrieks, growls and drones that appear to be guitars but could just as easily emanate from the throat of some colossal metallic pterodactyl.
Ommadon are a two headed beast of doom and you will bow down before them.

As on their previous spawning, ‘II’ consists of a pair of nameless tracks of eldritch horror, spawned in the very bowels of the earth and forged amidst the white-hot molten magma of the earth’s core.

The first of these nameless terrors switches from a lurching, propulsive introduction and into the churning maw of doom, detonating chords across a chasm bridged only by the slow, insistent hi-hat and the fizzing trails of guitar fuzz in their wake, before guitar strings like giant steely cables begin snaking out an eastern-sounding motif that in turn devolves into glutinous chords that drive the track inexorably to its ultimate terminus, some ten minutes after it began.

The second abomination begins with the sound of that steely, sinuous guitar alone, plotting out a plodding, ponderously shifting riff, soon to be joined by the drums, quietly at first, until the notes of the guitar become chords and the drums smash in, escalating the density of the sound into the realm of seriously heavy gravity. The two instruments smash and lumber around one another, circling like hungry wolves until the tonal gravity becomes too much for even their monstrous frames to bear and they wind down into fitful oblivion.

Captured live in the studio warts and all, like an anthropological study, ‘II’ presents a duo so familiar with one another that their interplay verges on telepathy. All the right moves are made in order to amplify the power of the music spewing forth from their instruments. Ommadon’s power is primal, wild and absolute. 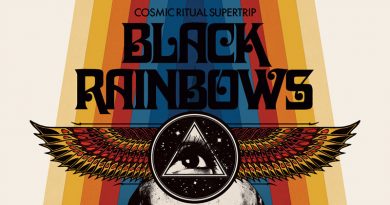