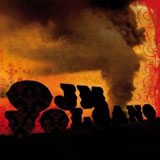 There is an awful lot of stoner rock out there…an awful lot!!! So why should we bother with yet another stoner release. Well maybe, just maybe, there are some bands out there capable of adding something a little bit fresh and interesting to the formula and maybe there are some bands who value the art of song writing over rehashing tired identikit riffs. It’s quite possible that Italy’s OJM have released one of the most interesting, yet low key stoner albums of 2010.

With a history that spans 13 years and several releases, you would hope that OJM would have a little more to offer and they certainly do. Sure, this is a riff fest from start to finish but the riff is integral to the song in each case and not just something that sounds cool that the rest of the band have to follow, as seems to be the case with so much stoner nowadays. In songs such as “Rainbow” and “Ocean Hearts” the riff actually becomes secondary to the soaring vocal melodies that pull the songs along. Vocally this is pretty strong stuff, maybe not so distinctive but that works. This comes across as a true band all working to the same ends and no-one stands out in particular, yet all performances are strong and lock into the overall vibe. “Wolf” rides along on a slinky blues groove and is highlighted by some tasteful, jazzy organ chops while at the other end of the scale “I’ll Be Long” picks up the pace with a sweet fuzzy new wave style bass line that injects a little punk rock into the retro mix. “I’ll be Long” is a fantastic piece of psychedelic pop driven by a superb melody, chiming guitars and a cheeky little Vox organ line that reeks of the heady days of 1968.

If it’s muscle you want, then the charmingly titled “Cocksucker” (they are Italian so we have to take that into account!!!) is equal parts Rolling Stones and Monster Magnet rolling along on a simple four note legs akimbo riff that is pure flailing hair, flared jeans and leather jacket material!!! OJM pick up a bag of glue and a wrap of speed for the punk driven blast of “Disorder” proving once again the simple riffs married to strong melodies are going to win out and punch their way into your cerebellum any time!!! The influence of late 60’s psychedelia is never too far away, however, and “Escort” with is ringing guitar lines and heavy effected spacey vocals hark back to a time when artsy types were eating more acid tabs than take aways and Pink Floyd were the darlings of the freak out scene. Before you know it, the final track “2012” is upon us…possibly prefacing the supposed end of the world in 2 years time!!! OJM end the album in reflective mood, not quite a ballad but certainly the most mellow track here that ebbs and flows with a lysergically enhanced 60’s heart and yet more of that tasty organ for good measure.

In terms of sound, the production here, courtesy of Earthlings’ Dave Catching is beautiful and warm. You could stick this album on a winter’s day and sit in front of it with your feet up and a cup of cocoa it’s that warm!!! The bass and drums are suitably thick and punchy and it’s nice to hear a band that have put the Big Muff pedals to one side and not coating everything in an overbearing layer of fuzzy guitars. Instead the guitar tones here are rich and natural allowing each note to ring out and, more importantly allowing the bass to pick up the slack. This just goes to show that the bigger the guitar sound doesn’t necessarily mean a bigger sound overall as the guitars, at times, border on a cleanliness that would make most stoner fans balk but the sound never fails to be thick and juicy!!!

It does seem that Italy have firmly embraced the retro/stoner/psychedelic/doom/whatever genres in recent years and it stands to reason that they will produce quality bands such as Ufomammut, Doomraiser, Misty Morning, Doctor Cyclops…etc. Geographically they may capitalise on their placement on mainland Europe but this may hamper them when it comes to America and Britain but that would be a shame as OJM are certainly deserving of some wider recognition. “Volcano” is an album that reeks of class, restraint and skill and sees them transcending the tired stoner clichés to deliver something far more timeless and memorable. I may have to reassess my albums of 2010 to see if there’s a place in there for this little nugget. 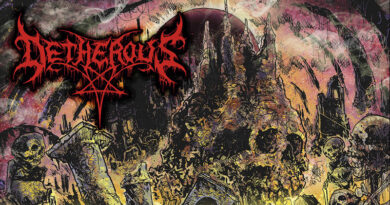