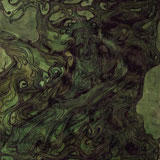 I’m guessing an album containing three tracks isn’t exactly going to be punk rock…and I’m right!!! Ocean Chief come lumbering out of the frozen wastes of Sweden with a sound thicker than whale meat…actually for all I know it may be nice and sunny where they come from but with a sound this dense and bleak I just have a mental picture of ten foot drifts and blinding blizzards.

Ocean Chief have a number of well received releases behind them and this latest vinyl assault on the increasingly popular Electric Earth Records should really have been pressed on granite to sustain the weight of doom that these guys create.

That’s right it’s doom…not stoner doom, not biker doom, not death doom, not funeral doom…straight up, lumbering, crawling heavy doom. Initially on first play as the opening title track unfolds I felt a rush of excitement. As much as I love short snappy hard rocking tunes, I do have a very large soft spot for big expansive heavy and experimental sounds and my gut instinct was that I was in for a hell of a ride. The riffs here are certainly massive and above all slow…like a glacier crushing everything feeble in its path…and the band produce a monstrous sound that draws on early Cathedral and Electric Wizard for its blueprint. As the track rolls on, however, it becomes apparent that the band have hit a stride and don’t seem to keen to deviate from what they know. Where there may be little variation in pace there is some variation in texture as the track ebbs and flows through quieter passages and touches of psychedelia before hammering back in with “THE RIFF”.

As track two, “Tomrum” kicks in, it becomes clear that we are in store for more of the same and what seems like an age later when final track “Sang” crawls from the speakers it’s confirmed that Ocean Chief do what they do and do it well but the lack of variation and pace does start to make this something of a difficult listen. The overall effect is almost of a piece of classical music as I would hesitate to call the three musical offerings songs in the traditional sense, they are more like musical movement…very slow, heavy and powerful musical movements that would make Bach shit his kecks, but it does sound as though the whole album was conceived as an overall musical experience.

While it doesn’t plummet the depths of drone as SunnO)) might, there is some musical common ground as both bands are attempting to twist doom into darker territories with extended and challenging insistence.

Don’t be expecting to crack open a beer and bang your head to this album but stick it on, turn down the lights and turn it up loud until your teeth vibrate and you will probably create the right vibe to appreciate this in its fullest. Certainly not a bad album by any means, in fact in its style I would say this is an exemplary release…just maybe aimed at those that like a challenge rather than a quick fix. 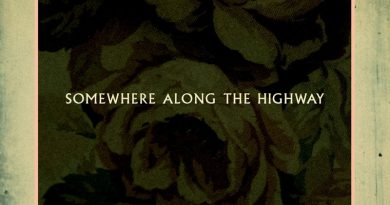 Cult Of Luna ‘Somewhere Along The Highway’ CD 2006

Psyche Bugyo ‘Psychedelic Judgeman Comes, He Has The Cherry Blossom On The Shoulder’ DD 2014