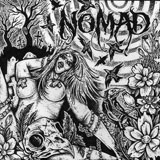 Sludge is a interesting metal subgenre, which for me personally I have always enjoyed more than the “doom” or “stoner” types. Being from the south of the US, I am somewhat biased, I mean arguably it was kind of created down here. Bands like EyeHateGod, Buzzoven, Leechmilk, Sourvein, Weedeater, etc….Really took to the drugs, punk rock, Skynyrd, and Sabbath and brought it to a whole other level. It makes sense, its hot as hell down here, so you are way more apt to play slow; I dare anyone to try to play Slayer riffs in the middle of July in Georgia! On the other hand you have bands such as Grief, Noothgrush, 16, and Iron Monkey, coming from other areas of the US, and overseas putting their own spin on a similar formula making it their own, which has created some remarkable music. So with all that being said, we have Nomad who hail from the United Kingdom, Manchester to be precise.

Nomad have been around just over a year, and describe themselves as a “Four piece party sludge spawned from the various festering wounds of Manchester.” Party and sludge are not two words you see put together often, even though alcohol and drugs are prominent in the music made, and also of a party, I guess the two can work? What’s next though, “peace sludge”? Or maybe I am misunderstanding their use of the word “party”. Anyway I do not hear much of a “party” vibe throughout the 4 tracks that make up Nomad’s first full release ‘The House Is Dead’.

Nomad follow the typical sludge formula, and they follow it well, especially when you factor in they have only been together a little around a year. Musically the band trudges along, there are some great riffs, and the production is clear, not super fancy, but its great production for a debut album. Every instrument can be heard clearly and everything comes off to great effect. No mistaking this is sludge though. My only issue with ‘The House Is Dead’ is the vocals. Don’t get me wrong, I love variation and experimentation in the music I listen to, but the vocals just come off as not fitting with the music. This might not be a bad thing for many listeners, and I commend them for trying something different. I’ve listened to the record a few times hoping it would click with me, but it never did.

Having said that, it is awesome that a new band is coming out and doing something different, while musically they do not fall far from the godfathers of sludge, the vocals do set the band apart from their peers. Maybe with a couple more years under their belts and more shows they can figure a way to work everything together. Because newer sludge bands seem to not want to break new ground, I think these guys (and girl) are going on the right path. Just because I don’t get it completely does not mean at all it is a bad album, I suggest it to anyone who likes their sludge without the southern flair, and defiantly Nomad are a band I am excited to see how they progress in the future. 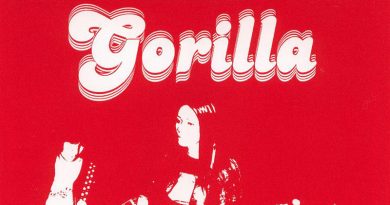 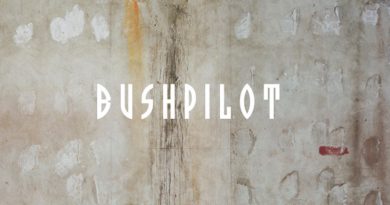