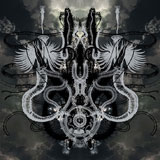 Reviewing a record by Nadja is not an easy task. If you just look at their back catalogue its frightening how much the duo releases and pretty much all of it is good. So what to do about Sv then? The latest of their releases, which is a track of 42 minutes to get lost in.

Aidan Baker and Leah Buckareff are a perfect match for creating music it seems, with such an output in a collaboration that’s lasted 14 years to date. They make sounds which explore the unknown grounds between ambient, drone and doom that’s led them to hit gold pretty often.

The only track on this album is called Sievert. The Canadian, by way of Berlin, based duo explores a combination of noise ambiance and drum patterns on this one, to approach something you might want to dance to according to the press release. Featuring artwork by Seldon Hunt, who’s also collaborated with Neurosis, Earth and Jesu for example and James Plotkin (Khanate, OLD etc.) did the mastering. Now let us drown ourselves in the sound that is Nadja.

If anything, the press release offers you a pretty precise description of what awaits you when playing this record. It’s like being sucked down the drain of some massive sink, while war rhythms are played and it just happens to take forever to be pulled down by that repetitive swirl.

It’s a long, hypnotic trip that Nadja offers their listeners, the continuous rattling of the drums and the searing drones complement each other perfectly to create that static noise you get lost in. The slight shifts are barely noticeable once you’re trapped in the sound. It really starts to sound like technical distortion after about ten minutes. Have you ever been in one of those old engine rooms where everything rattles, buzzes and creaks? That’s the storm that you need to find your calm in during the listening of this tune. Slowly the sound smothers everything else and becomes a constant of swelling, blossoming and then gentle diminishing.

The longer you listen, the more clear it becomes how important those drums are. In the continuous stream of sound, it’s what keeps you grounded. Even then they get drowned in hazy distortion by the time you hit the twenty minute mark. The sound really becomes oppressive almost, but still tantalising until it becomes a noisy battery of clanging. Later on the record returns to a more industrial, doom structure.

While this record may not be the most accessible bit of music, the sound is quite open and the listener can easily discern the improbable details. It holds on to the feeling of doom, but in its own way. Nadja seems to have found a new little nook for themselves to nestle in. 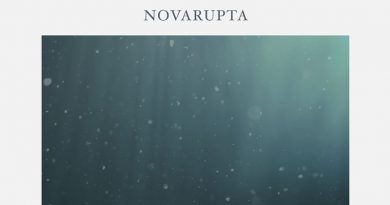 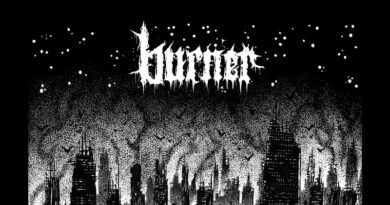 Review: Burner ‘A Vision Of The End’ EP