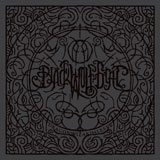 ‘Dragonwizardsleeve’? Hmmmm…I can’t help but wonder if ex-Milligram and Roadsaw guitarist Darryl Shepard has met my ex-wife. I jest, of course, but I think we’re all aware of the connotations implied in the title of this extraordinary piece of work by Mr Shepard. If not, then I’ll not be the one to explain it.

Blackwolfgoat is a one-man, one guitar and one-amp live-in-the-studio solo extravaganza, performed by the afore-mentioned Darryl Shepard without the aid of overdubbing or additional tracking. The six tracks that make up ‘Dragonwizardsleeve’ are made up entirely of layered loops and drones, with Mr Shepard playing atop himself in real-time.

Looping pedals have come a long way in the last few years, but even so, it is clear that a lot of skill and thought has gone into putting this collection together. People who think that just ANYONE can now set up a loop and play atop themselves really need to pay attention to musicians like Russian Circles guitarist Mike Sullivan and to THIS here recording, and realise that it takes more than just SKILL, it takes soul too. Without soul, looped music is just another sterile technical exercise, and that is NOT a description one could apply to ‘Dragonwizardsleeve’.

The overriding tone on ‘Dragonwizardsleeve’ is warm and natural, with no reliance on tricksy effects. In fact, aside from the looping, the only really audible effects are some seriously crushing overdrive – used to great effect on ‘Death Of A Lifer’, ‘Tinnitus the Night’ and ‘The Goat’ – and the flanging that colours closing track ‘Hotel Anhedonia’. All done, as I said, in REAL-TIME.

The album opens with ‘Risk and Return’, in which Shepard takes a taut, plucked minimalistically driving rhythmic line, overlays it with a plangent loop of guitar and paints atop that with both clipped and flowing guitar licks, evolving and building over the course of the track. Faintly reminiscent of ‘Whitewater’ from Kyuss’ final album, the track engages the listener immensely with just a few simple component parts.

‘Death Of A Lifer’ comes out like a countrified Sunn 0))), one time stretched and fuzzed-out chord being bent back into shape endlessly, ornamented by a drawn-out slide guitar part and punctuated by the beeping of an answer-machine. As the track progresses, the fuzz overwhelms everything else to the point of collapse.

‘Tinnitus The Night’ is a chopped-out piece of churning rhythmic swirl with the feel of a set of windshield wipers attempting to wipe thick sludge off of a broken windshield, and is hypnotic to the nth degree.

‘The Goat’ is a black hole. A thick, slurring morass of atonal yet entrancing overdriven guitar reminiscent of early Earth if Dylan was stuck in a K-Hole, or a particularly evil version of the Melvins ‘Roman Bird Dog’ intro.

Following this with a track called ‘Aspirin Forever’ would seem like a great idea, until you realise that it really ISN’T going to soothe your head. ‘Aspirin Forever’ is a clipped loop comprised of a tautly plucked rhythm, a curious bird-like metallic tapping sound, what sounds like the beginnings of a fumbled funk chord and various creaking sounds, all bundled together and happening at exactly the same time. A real earworm of a track, it manages to irritate and engage all at once. Bastard. Final track ‘Hotel Anhedonia’ has a really thick, creamy textural thing goin’ on. Seriously, the guitar on here sounds like you could take a big ol’ bite out of it. Smothered in a wash of flanging, the main part here has a lazily lurching bluesy rhythm to it, topped by a tasty lick that has the feel of a particularly stoned Josh Homme. It’s all terribly lysergic and laconic and perfectly lovely.

So, as you see, using minimal tools but a LOT of craft, Shepard has managed to make a record that cycles through a series of differing moods and hues – from shimmering beauty to the blackest depths of hell – and manages to actually succeed in taking the listener on that journey too. I can HIGHLY recommend the use of headphones with this record, but with two pieces of advice – Do NOT operate any heavy machinery under the influence of ‘Dragonwizardsleeve’, and don’t make any fuckin’ PLANS.

Oh, and incidentally, the flipside of my opinion on this record is that my other ‘alf, in the next room whilst I was playing it, said that it made her want to kill me AND the guitarist as it was so insidiously repetitive.

So, there you go. Two opposing views from within ten feet of one another. 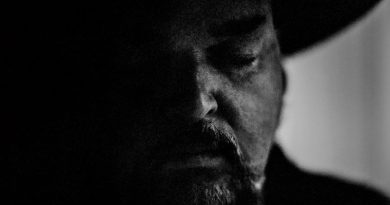 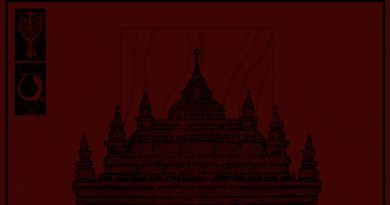