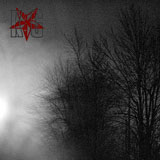 King Giant are a new one on me and their claim to play “southern doom” is a bold one so let’s assess the facts;

1) The riffs are nice and fat
2) They lay down a prolapse inducing groove
3) Their singer Hammerley sounds as though he’s just come from an all night poker and hooch session with Ronnie van Zandt, Captain Beefheart and Tom Waits
4) They throw in Lynyrd Skynyrd’s “Needle and the Spoon” as a cover
5) There are some fine examples of facial hair in evidence

So far so good, everything seems to be in place and this is overall a pretty decent album in the tradition of Alabama Thunderpussy, Orange Goblin, Halfway to Gone…etc in its 11 tracks of heavy, dark, southern hued rock and roll. It is brimful of tasty, catchy riffs with a lovely molasses thick sound and a backbeat that’d have you spilling your beer in a down and dirty bar. Something, however, doesn’t feel entirely right. As enjoyable a romp through the swamp as this may be it doesn’t quite hit the highs you may be expecting it to. Much of what you hear here is pretty familiar territory and King Giant struggle to stamp their own identity throughout. When they do branch out such as the acoustic/banjo interplay that brings in “13 To” or the jazzy swing blues of “Mississippi River” they show a greater breadth of ideas that are few and far between.

Vocalist Hammerley could easily be their secret weapon. The guy has great tone to his voice and most vocalists in this field would kill for his 30 a day ravaged pipes but he so often fails to capitalise on his greatest asset. On the aforementioned “Mississippi River” and the brooding “Desert Run” he shows a greater range than you might at first think and proves he could be up there with the best of them as his voice displays a real soul, passion and guts but for the most part he seems content to bawl over the music. In places this is so effective but needs more light and shade.

This is a good album, I can’t deny that and King Giant are certainly worthy of some attention but a little more creativity and guts could make them truly world class contenders as the ingredients are all there. Maybe if they could cut the apron strings of their more obvious influences and explore their more diverse sides, they could come up with an album that could blow the balls off a charging rhino at 60 paces (thanks to Ted Nugent for that one). As it stands they’re simply neutering a dog under local anaesthetic with a blunt scalpel. I’ll certainly be keeping an eye on King Giant as I have a gut feeling the next one could be the killer that seals the deal for them.