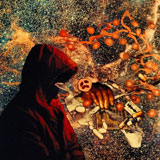 From out of the charred remains of Nottingham sludgecore barbarians Dead In The Woods springs forth the significantly more cosmically aligned beat combo Nadir. Sharing three out of five members with that band – vocalist Jeremie Cauchois, guitarist Andrew Morgan and drummer Henry Davies – and aided and abetted by bassist Tanya Byrne, ex of Diet Pills, Nadir use the pitch-black hewn-from-granite sludge of their previous band as a lifting-off point from which to propel the listener deep into the bowels of the deepest of deep space black holes.

Whilst Morgan carves out planet-sized jagged chords and riffs coloured with lysergic flanging and phasing, Byrne rumbles and detonates clusters of fizzing, fuzzing bass as Davies clatters, tumbles and smashes around between the two, powering the star drive, and Cauchois declaims and bellows from inside the echoing helmet of his pressure suit whilst sending forth warbling, warping waves of effected Theremin transmission.

‘Cathedrals Of Greed’ is ushered in with howling feedback and Theremin before being sliced into jagged fragments by Morgan’s dramatic guitar and Davies’ flailing thunder as the track powers along and morphs from chaotic careening into oozing filth before our very ears. Time bends and warps around Morgan as he peels off downbeat notes heavy with acidic phase atop Byrne’s leaden thump and bounces off the echo from Cauchois’ spitting spiteful oratory.

With nary a blink of the eye ‘Cathedrals Of Greed’ becomes ‘Mecanique Celeste’, a monstrously downbeat plodding number that lumbers and swings like a planetary behemoth, built around a creeping malevolent bassline from Byrne that comes on like the Melvins classic Eye Flys with a massive Chrome edge thanks to Morgans darkly fizzing space-axe and that wobbling Theremin pulse.

‘Time Of The Wolf’ evokes, for me, the memory of much-missed and criminally underappreciated UK avant-hardcore troupe Canvas – specifically their bugfuck opus ‘Lost In Rock’ – as the whole band piles into a twisting aggressive rhythm that tightens like a burning noose before exploding out into cosmic sludge that threatens to swamp and engulf an increasingly frantic Cauchois. The sudden end comes almost as a blessed relief, such is the odd sense of claustrophobia summoned by the track.

For the greater part of ‘Antenna Collapse’ the rhythm section of Davies and Byrne lock into a trudging groove that allows Morgan to hover above them and grind out fireballs of violently effected guitar debris, against which Cauchois attempts – and succeeds – to make himself heard by spewing vocal mayhem at the top of his bestial lungs. Total planetary collapse is imminent

That leaves only the violent ‘Last Stand’ as the last transmission into the void beyond the event horizon. Echoing clean guitar ushers in the apocalypse, swiftly joined by the eerie thrum of Cauchois’ Theremin until a burst of feedback splits the uncomfortable tranquility and the band pile into their full-on Iron-Monkey-Meets-Chrome thing with all of the subtlety and abrasion of a face full of battery acid. Cauchois roaring into the depths, Theremin warbling and swooping, Morgan tightening that noose, Byrne just about tethering things to reality and Davies smashing and splashing his way around the kit savagely. The track may burn itself out by the end, smouldering down to a whisper, but Nadir will not go gentle into that good night.

Nadir artfully conjure a very real sense of outer darkness, threading a truly sinister vein through the five tracks on this release that is very much a reflection of the dark underbelly of psychedelia. In the immortal words of those true prophets of the void Blue Öyster Cult, this ain’t the summer of love. No, Nadir instead show us the long dark night of the soul. 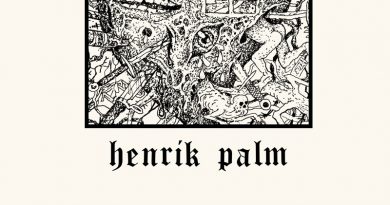 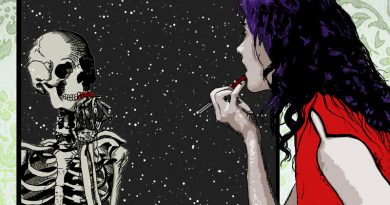 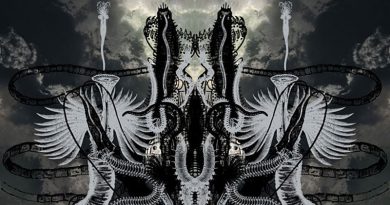