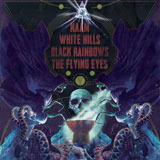 Split releases are great in theory. For the bands, it’s an opportunity to collaborate, whether loosely or closely, with bands they admire and respect. For the fans, it can be a learning experience, helping them to discover new bands, as well as saving their wallets by being able to support several bands with one release. Of course there are always issues with splits as well – they can be lopsided, either stylistically or in degrees of quality, they can be self-indulgent and, ultimately, they can be downright shit, home to a band’s cast-offs and not-good-enough-for-the-album rejects. But the last few years has seen a huge number of split releases, so much so that zines and magazines increasingly have to create separate end-of-year lists to chronicle them.

The four-way split is a particularly exciting format (or fourmat if you prefer), giving you twice as much bang for your buck. One of my most cherished four-way splits is a 2005 compilation of Oxford bands Gunnbunny, Holiday Stabbings, Deguello and Sextodecimo, all recorded by the boys from Winnebago Deal. That was a pleasant example of a split that introduced me to new bands, or bands that I’d heard of but never heard. It was all great music, diverse within the confines of heavy music, ranging from pop-tinged punk and hardcore to extreme noise bellyaching. So this is the benchmark to which I was going to hold this split release from Heavy Psych Sounds, an Italian label which specialises in beautiful vinyl releases from psychedelic, bluesy rock bands such as Farflung, Naam, and Karma to Burn.

Naam provide an ambient remix of ‘Skyscraper’ from their second album Vow, pushing and extending all of the more hypnotic elements of the original to create a bass-led drone with occasional, distant input from singer Ryan Lugar, in many ways sounding like an old reggae dub remix. ‘Thickening Web’, their other contribution, is very much a continuation of ‘Skyscraper’ in terms of sound and style; a mellow bass provides a driving backbone from the drums to follow while atmospheric keys create an extra layer of melody and space. Pleasantly soothing stuff to start the record off with.

White Hills contribute another remix of an older track, this time a slightly retitled, reworked and expanded version of a song from a CD-r which got a limited release back in 2005. ‘They’ve Got Blood… Like You’ve Got Blood’ is quite an impressionistic space rock song, melodies and rhythms ultimately little snapshots in a larger picture that take a few listens to fully form. A valid contribution given that the original recording is long out-of-print and because this mix contains additional elements that the band were apparently unable to add on the first go-around.

It’s not until Black Rainbows start up that we get anything remotely containing a blood-pumping pulse, and after a sweetly spacy first half, ‘Viper Tongue’ is a welcome kick in the gonads. The influence of Fu Manchu hangs heavy over proceedings so naturally the song is comprised of a simple fuzzy riff and an infectious vocal melody, smashed into your skull with huge, groovy drums and bass. But it’s not all simplicity, and the band surprise with some psychedelic interludes, which spill into their next track ‘Minor Monster Galaxy Message’, a long instrumental piece.

The Flying Eyes bring two b-sides to the table, both solid slabs of sturdy rock n’ roll. ‘Golden Grey’ is a driving, bluesy number, replete with soaring guitars and vocals, while ‘Evil Little Leslie’ sounds like recent efforts from Dead Meadow, a low-key walking bassline allowing the guitars to moodily flaunt their stuff as Will Kelly’s vocals sound like they’re being filtered through 100 gallons of bong water. The Flying Eyes are great at what they do, and they end the split in style, although I doubt I’d be able to identify them from the host of Dead Meadow acolytes currently doing the rounds across the globe.

For a four-way split, you can actually divide this one pretty neatly in two – the chilled-out, drone half and the good ol’ fashioned rock side. All the bands bring their own take on psychedelia to proceedings and with varying degrees of experimentalism and quality. Listened to as a whole package the record progresses nicely, from being eased into a meditative state by Naam before being shaken awake by Black Rainbows, although with close scrutiny you could dock marks for lack of originality from almost all the bands present. But it would be unfair to linger on this point because ultimately fans of these bands will find much to love about this record, and hopefully they will find themselves appreciating a band they’d only heard of before, and isn’t that the whole point? 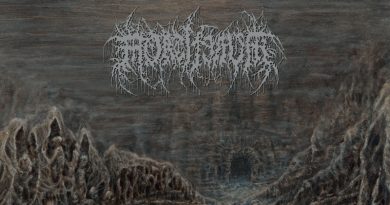