Mother are a post-black metal band from Oostende, Belgium who started in 2017. Aside from that nugget of information, they’re shrouded in a thick film of mystery. I’ve searched high and low only to conclude one thing about the member’s identities… she contains three members. One sings and plays guitar. One drums. One plays bass. She, in her words, blends together black and gaze to engage, we the listeners, with their stories. I accept I know nothing but can assume the point of this project is to focus on being blown away sonically, rather than a simple dissection of themes, while making as many comparisons to Deafheaven and Jesu as one can.

Their debut album I was where their anonymous and intangible affair began. Absent are song titles making it easy to see it as a whole piece of music, rather than a simple collection of songs. Interlude I or The Loving Care Of A Mother For A Child, was recorded to bridge a gap between albums and lives in the same universe as I. Listening on repeat has given me a look into what my vision of Mother is, but I’m still filled with questions. I know for a fact these are raw emotions that force the listener to connect the dots as well as one possibly can.

It’s one song. It’s thirteen minutes and thirteen seconds long. The title The Loving Care Of A Mother For A Child fills my mind with a love that’s more scary than sweet. It begins with a single drum, like a kick to the back, immediately plunging me into a sludgy darkness everyone knows I love so much. The artwork of an infant being cradled by careful and powerful hands draws into my mind as my eyes shut tightly. I wonder if we’re supposed to be the hands, the infant, or both? The song ends. Where did that time go? Let’s give this another go, shall we?

The music acts as a gorgeous never-ending momentum, like a walk that continues way past the point of insanity…

A deep feeling of a desperate search in the shrieked vocals that straddle a feeling of both blind and frantic. Akin to a search for something that’s not understandable by me. The music acts as a gorgeous never-ending momentum, like a walk that continues way past the point of insanity. Quiet piano sections are peppered in, feeling even more melancholic than before. The shrieking grows more desperate. The song ends… again. But the feelings now echo in my brain. Let’s try this one final time.

Staring the track again feels angrier than before. The sadness is ever-present. The drums feel like a head pounding against a wall. The bass shakes my flesh. But the guitar remains as inviting as ever. Like a wave of warmth, or even hope that keeps my heart and soul moving. All of these emotions are flooding over and over me, and after so many repeated listens, I’m as lost as I was in the beginning, but I know I’ll return again.

This is how I feel towards The Loving Care Of A Mother For A Child. This is the story I see in my head. Repeating the words written or asking the writers directly what this means to them won’t mean nearly as much to me. Sights of a blind, skeletal figure on a never-ending search to grab what’s been lost won’t let up in my mind, and to me, it’s something truly universal. A blindingly passionate track indeed. I can’t wait for the next album.

Also… Am I supposed to want to call my mom and catch up after this? Because that’s exactly what I did. 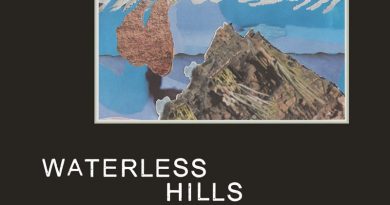