NYC’s Mirror Queen have been running their line of heavy rock for a decade or so and have released a fistful of albums and singles since their inception. But as with most of humanity, the last few years have been a bit slower than planned and so, the follow-up to 2017’s Verdigris has taken the slow road.

But the good news, it’s has been worth the wait. Open slather rock ‘n’ roll, a shitload of well-built songs, and more chops than a butcher shop, Inviolate is a sonic time machine with its heart deeply entrenched in the classic rock of an age gone by.

Inside An Icy Light opens the ledger. The guitars have a gritty heft and chunk to ‘em, busy but classy. Some syncopated drumming and well-placed fills also slam home the rock ‘n’ roll stylings of this unit. The vocals of founding member Kenny Kreisor are slick and melodic, although generally a bit on the clean side for my tastes, but it ain’t necessarily a deal breaker for me either. They work well with the songs, and at the end of the day, that’s probably the main thing.

I really dug the dual guitars and heavier riffs that the band have slotted into Sea Of Tranquility, giving it a moody thunderstorm element. The lyrics had me intrigued too and seem to tell a tale of love through a lysergic, liquid haze. The guitar ‘noodlings’ in the final minutes of the tune close it out nicely.

The guitars have a gritty heft and chunk to ‘em, busy but classy…

The Devil Seeks Control, for my liking, was a bit overly heavy on the effects before opening out into some driving, frenetic riffage. That said, the guts of the song work well, and when they ignite ‘Phase II’, we see the band at their most balls-out. The chorus has a particularly fine set of simple but meaty chords too. Lotsa screamin’ leads too, as is right and fitting!

Witching Hour may well be the comedown after the evening events of Sea Of Tranquility! A Rider On The Rain and Coming Round With Second Sight also hit the badass end of the sonic spectrum, with A Rider On The Rain sounding like the soundtrack to a B-grade biker flick from the ’60s, all tits, and arse for the whole world to see.

Mirror Queen close out the album with the suitable anthemic rock tune and title track, Inviolate. A stomping mean-arsed tune, angrily delivered lyrics, and some stinging guitar blasts, it makes for a killer parting shot. It comes as no surprise to me that this song was chosen as the title for the album.

Yeah, I have to say, I dug Inviolate from the get-go. Fat and beefy, good tunes, and playing with a balls-deep attitude is a recipe for some good times. So what are you waiting for? Get at it! 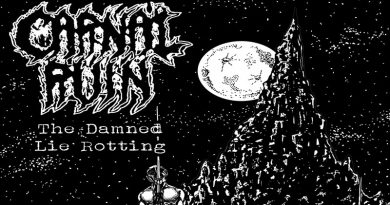