I didn’t know what to expect seeing Boozewa live earlier this year when they supported Amigo The Devil. I hadn’t heard of them or listened to their music but within seconds I was blown away by this band! Michael Rudolph Cummings (drummer, vocals of Boozewa) has an incredible voice and with the unique effect he added, I became an instant fan of the Melvins like band.

Switching gears now, Ripple Music has put out some fantastic albums and I especially love their unique series of vinyl releases. Blood And Strings has been my favorite, releasing acoustic (or mellow) albums by outstanding artists. Wino released the first chapter and when Tony Reed recorded Chapter 2, I knew I would cherish this series. Chapter 3 will be released on the 21st October and my theory was correct when Michael Rudolph Cummings was announced for this project!

You Know How I Get consists of nine mostly acoustic tracks. A few songs are a full band but on the mellow side, especially considering the raw power Michael Rudolph Cummings is capable of. Sunburn starts off acoustic as the series suggests, but quickly brings in the rest of the band for a chill way to start the album. The vocal melodies are catchy and the addition of a short but sweet solo is great.

After an abrupt ending, the ringing out of acoustic chords begins Cellar Times. Cummings has a soothing and relaxing voice, and the subtle addition of keyboards is fantastic. The acoustic guitar and vocals remain constant while the keyboards build, creating a crescendo of tension and leading into the next song faultlessly.

Closer Than They Appear is next and I don’t know if I can put into words the awesomeness of this song. I’ll give it a shot though. This full band track has a groovy beat with a country blues riff over the droning organ. Again, there is a very catchy vocal melody. At 2:50 the tension begins to build again, and Michael Rudolph Cummings gives listeners a taste of the raw power I described earlier. His vocal performance is incredible, and each note he hits is coming from deep within the soul.

His vocal performance is incredible, and each note he hits is coming from deep within the soul…

The music fades from Closer Than They Appear and the fully acoustic track of Charles Doesn’t Lie begins. I really like the strum pattern of this song and something I try to do when I play acoustic. Emphasis on try. We have a bunch of bonfires here and I imagine this being played around a fire and everyone just absorbing the beautiful music being played. The track ends with Cummings singing a wordless melody much like Eddie Vedder. Pearl Jam is one of my all-time favorite bands, I love them for their mellow side and Michael Rudolph Cummings perfectly hits exactly what I love about Eddie Vedder’s acoustic work.

I’m in the Pearl Jam frame of mine now and 62 Westbound reminds me of my all time favorite Pearl Jam song Man Of The Hour! The riff has a similar tone and feel, while bringing hair raising chills with it. Soothing vocals laid over the top while the song builds, adding cinematic drums to complete its sonic spectrum. I thought it couldn’t get better than Closer Than They Appear but I keep getting proven wrong!

Got It Made has a happy vibe and an upbeat tempo. It’s still on the chill side with a smooth chord progression. The almost whispered vocals are an interesting take and sounds really cool. Solo drums conclude the song leading effortlessly into the dark country riffs that start the titled track You Know How I Get. If this was written a few years back, it would surely have ended up on Sons of Anarchy. That show definitely deepened my love for the genre and Michael Rudolph Cummings has taken it a step further.

Goblina has everything I crave in a song. The crackling distortion with hints of reverb as if played in a cavern. Unique yet fitting vocals and hitting those high notes like a champ. A steady progression building for an epic conclusion. Again, Cummings shows the sheer power behind his voice. The climactic moment at four minutes drops off to a melodic calm end and easily could conclude this album.

But, Burning Harbors instead wraps things up. The acoustic track sprinkles in the full band with some slide guitar throughout. The track has an underproduced feel. It’s almost as if Michael Rudolph Cummings started playing then the band spontaneously joined in, and someone was scrambling to record the magic. Once recorded, it was decided it was perfect and left it the way it was. Although I’m sure that’s not how it was done, it’s still a magical moment captured in time and is a flawless bookend to this amazing journey. 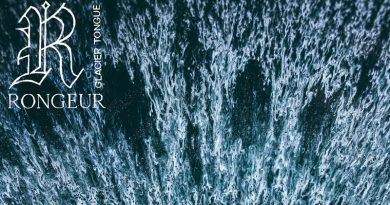