Italy seems to be a real hotbed for quality rock at the moment and Italian label Go Down Records have had a slew of interesting releases this year. Their latest is the third album from fellow Italians Mad Dogs, with whom I can profess (as is generally the case) no prior familiarity. Still, who wouldn’t be tempted by a band ‘known for their high energetic and powerful sound, swinging grooves and fuzzy guitar virtuosity’, eh?

Now, the good people at Go Down Records aren’t being misleading when they promise that We Are Ready To Testify will provide you with a much-needed hit of high energy garage rock, but I think that it’s selling Mad Dogs a little short. Given the band’s name I was anticipating plenty of full-throttle, careering-off-the-rails rock with all the subtlety of a sledgehammer (I was imagining something along the lines of Rickshaw/The Chuck Norris Experiment), but actually the songs are more nuanced and introverted than I was expecting. Don’t get me wrong, there’s still plenty of quality rock action, it’s just delivered with a touch of sophistication.

There’s plenty going on across the record and the band make full use of having two guitars, with the jangly rhythm guitar locking in with the drum and bass, while the lead is always providing something else of interest. Marco Cipoletti perhaps isn’t the world’s most technically gifted singer, but the vocals are low in the mix and fit the music perfectly well. Come to think of it, he reminded me a bit of the chap from Nightstalker, but I didn’t find the vocals nearly as distracting here.

Mad Dogs set their stall out clearly with album opener Leave Your Mark On What You Do: plenty of high-energy, driving guitar rolling into a shout-along chorus (replete with backing vocals), all topped with some quality lead guitar. No Regrets maintains the high tempo but feels altogether more downbeat and introspective. I really enjoy the bass playing on this track and the (comparative) lack of distortion on the guitars really alters the mood, even though there’s still the requisite catchy chorus. Not Waiting is similar, with a definite late-60s garage vibe. It’s a quality track and hopefully you caught it being streamed here a few weeks ago.

As the album progresses there are a few tracks that are, if not exactly filler, at least considering the options for becoming filler. Take The Time is alright and does at least build to a decent finale, but is pretty forgettable overall. Further in, Ben’s Legacy is another one that you, if you were feeling generous, might tag as solid but unspectacular.

Elsewhere, there are plenty of decent tracks and the album feels like it’s been put together with a bit of thought given to the running order. What Do you Say? is one of those tracks that I was alluding to earlier on that really elevate Mad Dogs from the predictable and formulaic. It doesn’t stray into ballad territory, but it really slows things down and the guitar almost has a Duane Eddy or Spaghetti Western soundtrack flavour to it. It’s atmospheric and really rather good.

Curveball thrown (or if we’re going for a sporting metaphor I actually understand, googly bowled) Mad Dogs then jump right in and show that they can nail that garage punk’n’roll sound as well as any of their contemporaries with Hard Fight. It’s a really cool track that’s instantly familiar but thoroughly enjoyable; it positively defies you to not sing along. It also shows how well We Are Ready To Testify works as an album – it really jumps out because it’s so different from what comes before.

I Believe In Rock’N’Roll is another song that defies expectations and isn’t the cheesy anthemic sing-along that the song title implies. Instead it manages the tricky task of bringing some righteous rawk action while also sounding quite sombre in tone. The title track then raises the mood with a thoroughly enjoyable MC5-style stomp before the album finishes on a quiet reflective note with Postcard From Nowhere. Again, it’s got a definite Dick Dale/Western vibe, based around some jangly open chords and subtle use of a whammy bar. It’s an interesting and effective way to end the record.

Overall, I was really impressed with We Are Ready To Testify. I picked it up because I fancied reviewing something with BPMs that occasionally reach triple figures, but didn’t really have any great expectations for it. It was therefore a pleasant surprise to find how good Mad Dogs actually are: We Are Ready To Testify is an excellent album with plenty of high-energy garage rock swagger, but what really sets it apart is the diversity and quality of the tunes. Highly recommended. 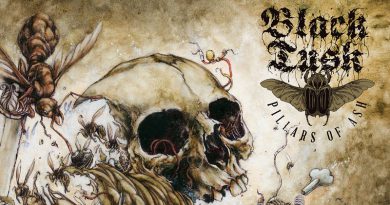