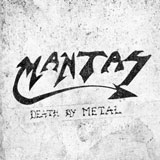 Chuck Schuldiner is one of the greatest metal musicians of all time. This isn’t opinion, it’s fact and Relapse Records have decided to prove this by re-releasing a string of classic Chuck albums to an audience who missed them first time round.

Of all the things that have been released by Relapse, ‘Death by Metal’ is the most exciting, with these legendary demos available as one collection for the first time. The compilation contains a series of songs that until now were locked in the vaults as well as early versions of the now Death classic ‘Evil Dead.’

The first thing that’s clear on ‘Death by Metal’ is just how good raw, unhinged early extreme metal production can be. These demos have been kept in the same state as they were first made and songs such as ‘Power of Darkness’ sound pleasantly prehistoric by modern standards.

It’s not just the production that is raw on this collection and unsurprisingly Mantas are much more bestial in nature than Death. Chuck’s screams seem far more primitive on numbers like the title track and the demonic laugh on ‘Legion of Doom’ hints at a more playful version of the musician who went on to create more meaningful works like ‘Spiritual Healing.’

Many elements of the classic era of Death come in to fruition on ‘Death by Metal’ and the album proves a good stepping stone for those who wonder how the ‘Scream Bloody Gore’ sound was created.

The ripping solos are what people will identify with most and on ‘Legion of Doom’ Chuck’s guitar playing abilities are already a major clue as to what would happen next. The backing musicians also put out a great performance throughout these demos, creating a strong back-bone for the death metal mastermind to wrap his unique melodies around.

Just how original these demos sound when put in context with their release date shows how ahead of his time Chuck was. Although similarities to bands such as Metallica and Venom can be spotted here and there, the whole collection has a vibe of something fresh, which was, as you’d expect, heavily imitated after its release.

Of course, the highlight for most listeners will be the original versions of Death classic ‘Evil Dead.’  This song was one of the landmark moments on ‘Scream Bloody Gore’ and it’s impressive to hear that even at the Mantas stage these musicians were ahead of the pack.

Many tracks on ‘Death by Metal’ have two or three versions on this compilation. This may get a bit tedious for people who aren’t avid fans of the band, but for obsessives hearing ‘Power of Darkness’ getting rawer with each take could be described as a thing of beauty.

‘Death by Metal’ is a triumphant tribute to a great guitarist who was both a visionary and a seemingly humble musician. This collection is perfect for those who have the Death catalogue and are seeking the missing piece of the puzzle. 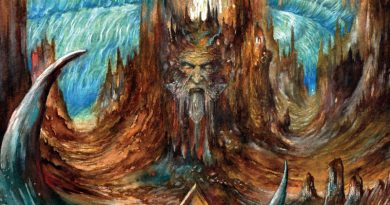