Lovers In Wartime sees a return from a five-year hiatus for former Wolvhammer/Across Tundras drummer Heath Rave. Like most musicians during lockdown, Lotus Thrones was launched as a way of staying creative, according to the promo-notes ‘with the advent of technology making it easy to work alone, he began investigating new instruments and recording methods’.

As with Deeper Graves, this is mostly a one man project, with occasional help from guest musicians. With respect to the exquisite cover-art Heath explained to me that he was looking for ‘something really beautiful and esoteric’, when he happened upon UK based photographer/mixed media artist Sally Mills through the #darkmacro hashtag on Instagram. It reminded one of Swans’ The Burning World and its hyper naturalistic cover, indicative of a band who wished to go down a mellower, ‘tuneful’ route. Leaving behind the world of black metal in favour of something a little more musically adventurous and nuanced sees Rave too treading a similar path to Michael Gira and co.

Precipice opens the album with thunderous drumming and an expansive post-metal sound that one would associate with early Neurosis, the vocals at moments recalling Scott Kelly. The track manages to encapsulate all the good parts of post-metal; the atmospherics, the power and the emotional depth, without straying into self-indulgence and tedium. Post reunion Swans come into focus with Fatigue and its blend of powerful post-rock and Killing Joke style industrial bite. As the title intonates, a sense of weariness and resignation abounds the track.

Lovers is an absolutely gorgeous sensual slice of dark ambient noir jazz which will resonate and impress anyone who is a fan of the likes of Last Call at Nightowls and Bohren & der Club of Gore. An instrumental, it marks a welcome stylistic detour for the listener. The Quarry has a sense of drama, ala Sisters of Mercy, but with some of the bombast of that band thankfully omitted, instead replaced by a subtle elegance, so subtle that on first listen it’s easy to miss the tasteful guitar solo provided by Andy Schoengrund (Coagulate, Feral Light).

As with Lovers, Liberate is an instrumental that taps into ambient noir jazz and features once again saxophone by Bruce Lamont (Brain Tentacles, Corrections House). Diametric Retrograde has more of a post black metal sheen reminding one of Disorder Recordings labelmates Chrome Waves, as well as showcasing some beautiful Jesu shoegaze-esque influences. Sheer sonic bliss.

Some of the accompanying promo photos feature Heath in a Black Flag Nervous Breakdown themed t-shirt, while one of his last releases with Wolvhammer were covers of The Misfits’ Demonomania and Bloodfeast. The cover of I And I Survive further highlights Heath‘s love of vintage American hardcore punk. Where the original (which featured on Bad Brains’ sophomore Rock For Light album) was a fairly spiritual stoned laid back dub reggae affair, here it’s transformed into something altogether moodier and frankly downright creepy. A fascinating experiment and possibly the soundtrack to one’s nightmares, especially those imbued with a stalkerish vibe.

One wonders whether The Cure’s One Hundred Years (from the Pornography album) was on heavy rotation during the making of 1000 Suns as there is a similarity in terms of tone and texture. Christian Death’s underrated Atrocities record and its deathrock inclinations also came to mind when listening to this bleak concluding track.

Whenever I spot an album from Disorder Recordings available for review, I’m positively giddy with excitement and Lovers In Wartime is no exception; the album proving to be a worthwhile addition to the labels ever growing and impressive catalogue. 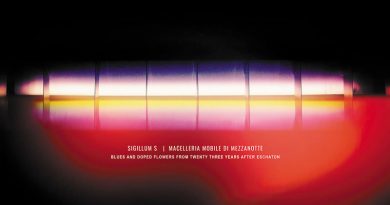