Curated by Desert Records head honcho Brad Frye, he invites us to descend further into the desert to hear two highly impressive bands influenced by these dry, dusty and solitary surroundings on this, Volume 2 of Legends Of The Desert. The intention of the Desert Records series of releases are to showcase new and classic desert rock bands from the Southwestern vicinity of the US.

This is a split album with three tracks from The Penitent Man and two from Cortége. A wise idea to put these two bands together on one record, simply because they complement each other so well. I urge you to check out both bands numerous releases on Bandcamp and support them with your hard-earned cash, as well as immersing yourselves in this powerful and hugely cinematic audio experience.

Firstly a five piece from Salt Lake City (Utah) The Penitent Man formed in 2018. All three tracks feature guest Rival Sons Todd Ögren on keyboards plus staple members Allan Davidson on vocals, Steve King and Phil Gallegos on guitars, Chris and Ethan Garrido on drums and bass respectively. Kicking off with A Long Deep Breath of Sadness,Davidson’s brooding, bluesy vocal sets the scene for an immensely dark track that Mark Lanegan of solo and Screaming Trees notoriety would be proud of. OK, The Penitent Man’s vocals are influenced Alice in Chains, so let us get that out the way and enjoy the record for what it sounds/feels like, but they offer a lot more besides.

This is music that spans all genres, and it would be lazy to define them either as an Alice in Chains copyist band or simply as another desert rock band. This is a genre which brings together a similar outlook and an attitude to making music however the majority of bands listed under that banner are very different from each other. This is just the same as any media created genres which package very different bands into a nice tidy corner, from punk to grunge!

Anyway, back to the record… A great opener of a track which begins our journey by creating an atmosphere that sits well with their desert location. The Butcher up next is classic 70s rock worthy of Paul Kossoff’s Free and Deep Purple’s golden years, then its Rest My Weary Head which is really the standout track on here for me. A bluesy, prog rock epic with nods in the backing vocals and guitars to mid 70s Pink Floyd, which for millions of music fans around the globe is a good thing. Performed with an ease and ability whereby you, the listener, is transported by the music which really sits back nicely and doesn’t force itself on you.

It really is about what they don’t play and the spaces in-between, which in prog circles is unusual with most band members usually trying to impress you with how well they’ve mastered their instruments and to hell with the song. This is not the case here; it shows a maturity and a desire to put the song first and an overall sense of taste. A wonderful set from a band that initially I was unfamiliar with but can now call myself a fan of searching out keenly their other releases on Bandcamp, especially their debut album from 2020 which is even streaming for free on YouTube. Do yourself a favour and give it your time, an investment that will be rewarded.

Cortége from Texas I am a fan of already and it’s a pleasure to write about them again after reviewing their last release Chasing Daylight 1+2, also released on Desert Records at the end of February this year. A two piece with nods to Dylan Carlson’s Earth and the genius of soundtrack maestro Ennio Morricone. As It Lay (Heavy in the Air) introduces Cortége then Circling Above which is another dark masterpiece featuring Tubular Bells no less.

This music is big and intimidating when played loud, and powerful in its overall effect on you. This is also music made for the cinema but works equally well cranked up in your living room or especially on a good set of headphones. Its strength is in its uniqueness and the fact it will appeal to many different types of music fans. I urge you to head on over to their Bandcamp/YouTube page and check out Chasing Daylight Parts 1+2 to really hear what these guys are about.

This is another superb release from Desert Records and this particular album is available to pre-order right and is available in orange splatter 12-inch vinyl limited to just 100, so get in there and get one before they disappear. Other formats such as CD are available to. Two wonderful bands on one fantastic release. 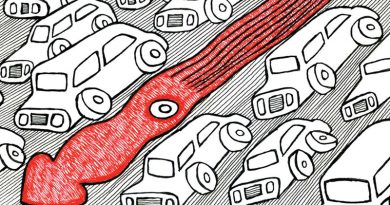