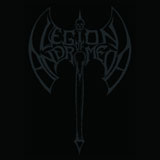 There’s something wrong with Legion Of Andromeda. There has to be. There’s no way that this demo could’ve been put together by normal, run of the mill musicians. This is a dirty, nihilistic, twisted piece of sludgy death metal, with cavernous vocals and a coating of relentless hate and misery. It sounds like Portal crossed with Coffins.

‘Cosmo Hammer’ doesn’t change riff nor rhythm pretty much all the way through the song, it’s just one horrific, hypnotic riff. It sounds like your skull being sandblasted. You’re listening to your head being caved in, but in slow motion. And that’s only the beginning, as there’s 32 minutes of this sadism. ‘Overlord Of Thunder’ continues along the same path, dragging the listener deeper into the band’s own personal hell. The vocals are pretty much impenetrable, but in all honesty that’s probably a huge enhancement for the music. With a sound like this, the only thing that would suit it is tortured screams and belching growls. The simplicity and rawness of the tracks are staggering; it is the pure essence of death/doom, with hints of oppressive drone in the cyclical riffing.

My favourite track has got to be number three, ‘Sociopathic Infestation’. The intro riff is just immense, and it creeps forward, full of menacing hatred for anything you could call catchy. But it is memorable, the riffs stay with you and the vocal performance may never leave me. Produced by the mastermind behind Coffins (unsurprising once you hear it), the sludgy production benefits the style. Legion Of Andromeda are here for one reason; to bludgeon your ears until they bleed and then drown you in it. It’s a horrifying piece, and there’s almost an element of relief when you finally reach the end of ‘Fist Of The Galaxy’.

This has got to be one of the most intense, dark and violent things I’ve heard in years. It brings to mind when I first heard Portal; an otherworldly feeling of dread overwhelms you and won’t leave until the 32 minutes are up. Whether or not the effect would be lost on a full of album of this remains to be seen. Perhaps small doses are better for your sanity anyway. 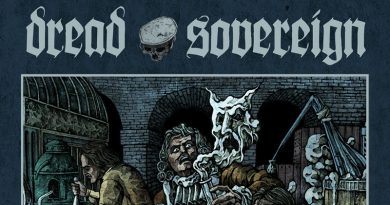