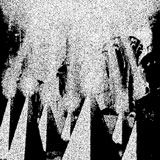 Lasers From Atlantis comprise of two synthesiser players (playing more than two synthesisers) Volkan Kiziltug and Aubrey Jackson Blake, drummer Pat Oddi, and guitarist and vocalist Theo Carnegy Tan. They are no more – or at least, not currently active – having called it a day back in 2012. Lasers From Atlantis recorded their self-titled full length debut back in 2010 and now, in 2015, it’s been released on cassette via indie label Extreme Ultimate. Side A and Side B have three tracks each, and both sides have a somewhat different sound.

Side A opener Oscillation Bomb kicks things off with a wall of atmospheric amp fizzing and knob twiddling before a big dirty bass-line drops in. The funky, motorik drums lock in tight and we’re off on a journey, warped organtones warbling and shimmering. Things slow to what feels like a suitably impressive ending but then the bassline’s back, someone screams for more and it all kicks off again.

Reverb City‘shissy, drippy, cymbal white noise intro gives way to a full on psych organ freakout. Again we’re propelled along by driving Krautrock rhythms accompanied yelping Dalek modulated vocals. These progress by degrees into something more noddable before breaking down (a saxophone adds some screeches into the mash and thrash) then coming back with a more aggressive version of the first organ-crazed movement.

A post-rockish delay-drenched repeating guitar part opens Illuminated Trail and you can instantly sense how so many other bands would work on it for a good ten to fifteen minutes. Instead of building and building to the almost inevitable DA-DA-DUNN-DA-DAAAA however, Lasers From Atlantis keep the tension, the potential, the agitation like an itch you can’t scratch, going and going. The track goes nowhere in a wide eyed, floaty, not needing to go anywhere kind of way, eventually dissolving softly away.

Side B starts off gloomily with Hopi Lori – a miserable guitar part made all the more miserable by sinister wheezy synth and hypnotic drums. It feels like another exercise in tension until the buzzy bass starts to creep in and you begin to wonder “are they going to…?” Then the drums hit harder and yes the doomy Big Riff kicks in. You didn’t think they were going to do it and then they went and did it. The track drags itself along as if the increased mass is more than it can cope with. It collapses under its own weight and we get an amp-trashy, oscillation-happy, drum-battering, noise outro that feeds into the next track.

Protectress‘ own Big Riff staggers out of the noise swamp twatting everything in its path – an unstoppable force lumbering ever onwards and even stumbling into (then back out of) a bit of a groove halfway through.

Final track Slaves is more straight forward Bossk-like noddy sludginess than all that has gone before but it feels right; things have built beautifully to this point and we’ve come a long way in these six tracks. It’s bigger, heavier, harder, and Theo Carnegy Tan’s flanged words scream like a robo-vocalist whose dial’s got stuck between Ozzy Osbourne and John Lydon.

So, very simply, Side A is the psych side and Side B is the heavy side but they’re both unmistakably the same band. Taken as a whole there’s a clear progression from song to song – an atmospheric journey that means track six seems like a logical conclusion to track one. Individually the songs are really, really good but together as an album they become genuinely great.

Lasers From Atlantis is available on limited edition black or white cassette tape, or via digital download from Extreme Ultimate. 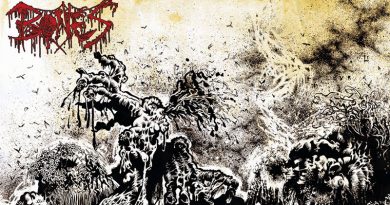