My second foray into Anti-Corporate Music’s The Magnolia Sessions comes courtesy of Marshall, North Carolina’s Jeff Loops. Jeff has provided upright bass and backing vocals in Deep Chatham and the Lost Dog Street Band and last year finally got round to releasing his debut solo album Into The Night. With this release he has now joined the The Magnolia Sessions family alongside Matt Heckler, Cristina Vane and Casper Allen, to name a few.

As with the other sessions, the artwork features a minimalist black and white photo of the protagonist, reflecting the stripped-down nature of the session. The album is only seven tracks long and unlike the Casper Allen session only one (Into The Night) features on the aforementioned 2020 solo debut, making this something of a bonus for long-time listeners desperate to hear new material.

The record starts with The Ferryman and I’m taken aback by Jeff’s rich, gravelly, yet soulful voice that recalls Tracy Chapman (of Fast Car fame). There’s a refreshing honesty in Loops‘ style where the emotion is effective and not contrived, which in the world of singer-songwriters is not always an easy thing to achieve. The Laurel Canyon scene (pre-cocaine) with its painfully confessional style of songwriting pioneered by the likes of Joni Mitchell, Judee Sill et al is reflected both on the album as a whole, as well as next track Into The Night. There is a fragility and pathos present here that reminds me of Alain Johannes’ superb Hum record from last year.

Come Back Baby is a cover of the much covered slow burning blues piano classic by Walter Davis, and as can be expected from a blues track, the lyrics focus largely on heartbreak. It was a tough listen for me, not due to the quality of the performance, but as someone who is unfortunately able to relate to the subject matter. It’s all credit to Jeff that his interpretation, in comparison to the original, has had this effect, and this is down to the music (as the promo notes describes), being ‘for the heart, from the heart’.

DIY spirit demonstrated by an unfussy and unpretentious production, as well as the songs’ sincere and heartfelt nature…

Powder Dreams is decent enough but doesn’t quite resonate with me in the same way, maybe I found the melody not quite as engaging, thus rendering the track a little flat and forgettable. It’s hard to believe the session was recorded around Jeff’s birthday as What You Don’t Own certainly don’t suggest a man in a celebratory mood, more like someone on the verge of tears. That said, a birthday can often present one with an opportunity for self reflection, hence rendering the sombre subject matter somewhat appropriate.

For the penultimate track we get another cover, this time of Merle Travis’ Dark As A Dungeon, which was later famously performed by Johnny Cash on the legendary At Folsom Prison live album. The track sees perhaps a rare nod to politics as the it talks about the danger and drudgery of life as a coal-miner and was later to be adopted as a rallying song for miners seeking improved conditions. Irrespective of your political leanings, this is an inspiring and powerfully evocative protest piece in the Pete Seeger tradition. Give It All Away ends the album on an serene note, allowing you to lie back and relax, momentarily forgetting your woes.

As with all The Magnolia Sessions, this album will appeal to both part-time listeners (such as myself) as well as serious aficionados of folk/country/singer-songwriter genre. This is down to the DIY spirit demonstrated by an unfussy and unpretentious production, as well as the songs’ sincere and heartfelt nature. 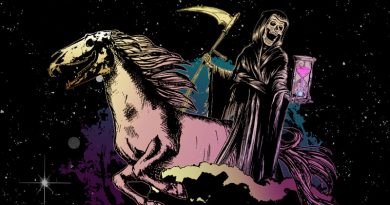