The Shaman’s Rob Bryant has been doing sterling work so far covering Anti-Corporate Music‘s The Magnolia Sessions, it was with some trepidation therefore that I volunteered to review the latest instalment from Texas blues/folk singer/songwriter Casper Allen. However I’m always up for the challenge and hopefully Rob will be on hand to spare my blushes should it go spectacularly wrong. The Magnolia Sessions is the follow-up to Casper’s 2020 debut full-length Vol 1 from which seven tracks are featured here, thus comprising the majority of the album.

The record starts with Ran Off On The Plug, and sees Casper introducing himself to the listener ‘sitting underneath this beautiful magnolia tree in Nashville, Tennessee’. What follows is an a capella grizzled blues number which sounds like it was born by the likes of Blind Lemon Jefferson and his ilk. This is a fond nod to the past, and a pleasant commencement to the album.

This somewhat sedate opener doesn’t prepare you for the track to come, Hollywood, TX which sees Casper wailing so loudly I had to turn down the volume on my laptop. This is no criticism mind but a testament to Casper‘s impassioned performance. For those not in the know the 287 is a highway that runs from Texas to Montana, and it is referenced in next track, 287 (Back 2 Texas). This has an almost funky blues jam feel reminding one of early ZZ Top. It feels nostalgically joyful and offers a nice change in mood and pace.

Tom Waits seems to have entered the fold with the raspy Mosquito Ditch that feels like it would fit on Tom’s 70s output before the eccentric Beefheart styled experimentation started taking over. This is a track for the permanently heartbroken and burned out who spend the majority of their time in dimly lit bars, despite this however there is a catchiness to the melody which you’ll find yourself humming along to unexpectedly.

There is no gloss or bullshit, just a mic and a lot of heart…

Carving Creases is a strangely disjointed sounding number with Casper sounding like he’s on the verge of breaking down at any moment, he certainly cannot be accused of phoning it in with such utter heartbreak in the vocals. The cover of Tom Waits’ Way Down In A Hole is excellent and so eerily similar to the original that were you to play it for a Waits fan, they would be convinced it was the man himself.

Dirty Now imbues the spirit of a Rolling Stones recording session, reminding me of Wild Horses with its distinctive country vibes. One thing I noticed is that Casper‘s vocals get particularly animated whenever he sings about Texas and such is the case with next track Trippin’ Out. The promo notes state that he has had various troubles and loss and nowhere is this more evident than tracks regarding the Lone Star state, another slab of brilliant intensity.

Paper Ships is a moving tribute to his friend ‘Twigs’ and sees a nod to another songwriting hero Guy Clark with its storytelling lyrical qualities. Finally Side 2 Side – Grinnin’ In Your Face brings the album full circle with another stellar a capella performance that shows, with or without instrumentation, this young man has talent in spades.

The trouble with a lot of modern day singer-songwriter fare is its tendency towards overproduction and overwrought embarrassing lyrics. What The Magnolia Sessions, and Casper in particular, demonstrate is how these pitfalls can be avoided. There is no gloss or bullshit, just a mic and a lot of heart are all that is required and this album is a perfect demonstration of this. 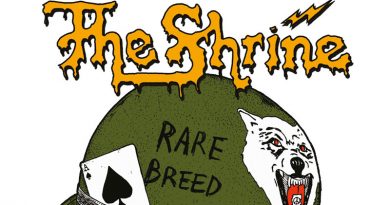 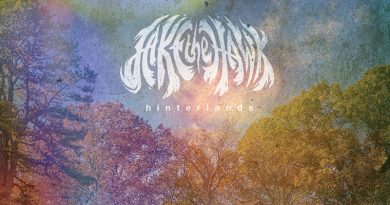