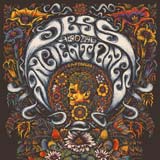 Jess And The Ancient Ones are one of these bands that you just get, or you don’t. The whole female-fronted occult rock/doom movement is, for better or for worse, losing a bit of steam and the best bands, the cream, is rising to the top. Now, I’ve always liked Jess And The Ancient Ones. It helps that Jess has a beautiful voice. It soars, soothes and fills the Finnish band’s brand of psychedelic rock with passion and feeling. Castaneda is a vinyl release of two exclusive songs, made available on their current American tour supporting THE KING! Diamond that is, not Elvis. Although I can’t help but think Mr. Presley would approve of the soulful blues that permeates Jess’ voice.

First and titular track to the 10”, Castaneda has a propulsive bassline and drums, while an almost spaghetti western esque blues rolls along the top. The keyboard line adds that extra feeling of authenticity. A lot of bands put effort into sounding retro; Jess And The Ancient Ones just play their music and it comes naturally. Jess intones gently over the rumbling backdrop, full of soul and emotion. She, along with Elin Larsson of Blues Pills and Emily Kopplin of Mount Salem, has got to be up there with my favourite female vocalists. Her voice is strong but ethereal when it needs to be. It is honest, her range is strong and her style is so authentic.

Second track As To Be With Him is a slower, more bluesy track. It brings to mind the 70s; the smoky backroom where occult practices are performed and incense is burned. It becomes almost folk rock, but with a more sinister undertone. A song you can imagine playing in the background when weed is smoked and old horror movies are watched. Jess And The Ancient Ones bring a pure authenticity to their brand of psychedelic occultism. This isn’t your cold Satanism by the black and white corpsepainted hordes. This is the music of the rituals and the readings.

King Diamond made an interesting choice taking these guys out with him on tour. While not musically a match, Jess And The Ancient Ones definitely match the King’s aesthetic and have the passion behind it to becoming an entrancing opening act. Castaneda just reinforces this image, with Jess’ soaring vocals and the infectious songs adding to their small but already strong back catalogue. 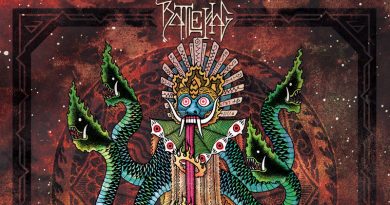