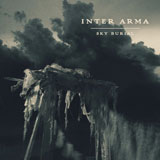 Having been worrying the underground in Richmond, Virginia and beyond since 2006, Inter Arma have finally released their Relapse debut album ‘Sky Burial’. Having caught the attention of the label through solid releases, endless touring and a reputation for delivering a punishing live show; the band are now looking to stake a flag in the dirt of the scene and throw down the gauntlet, not only to other bands on a label with a higher than average success ratio of spotting talent, but to anyone out there making intelligent, abrasive noise right now.

‘Sky Burial’ is a record that will appeal to fans of noise artists like Neurosis, The Melvins, Darkthrone, Electric Wizard and Kylesa (some of whom have also shared the same label that Inter Arma now occupy); the band have managed to twist together flavours of doom, psychedelic sludge, grind, black metal and earth shattering riffs to carve out their intense journey.

Like all mercurial artists, the depth of the music they produce is impassioned and complex. This is highlighted by the raging, clashing chords of the opening track ‘The Survival Fires’ which herald a thunderous track brimming with cavernous vocals and an intense doom battering that is only matched by a ferocious death/black metal drum shuffle. Just as you think you have got the band’s number, ‘The Long Journey Home (Iron Gate)’ is a soulful blues experience that is built around gentle acoustic strumming as mesmerising as the previous track was pummelling. This sombre instrumental is both funereal, powerful and features some beautiful guitar work that literally explodes at the end into a snarling beast.

Over the course of the album the band continue to blur defining lines between genres as they throw out Southern style Stoner Rock flavours and Neurosis style hardcore to further add diversity to the heady sonic brew. It is clear that the performers having pushed each other to this game raising status as Steven Russell and Trey Dalton dual with each other on guitars and are capable of such incredible diversity; whilst the rhythm section of T.J Childers on drums and Joe Kerkes on bass define the pace with precision no matter whether they are attempting to sooth the soul or melt your face off.

On top of this Mike Paparo handles the vocals extremely well, matching the intensity of doom laden tracks like ‘Destroyer’ or laying down squealing bug eyed craziness on ‘’sblood’ to match the progressive take on extreme metal. Touring relentlessly with like-minded bands has helped to create a DIY punk ethic that recalls the likes of label mates High On Fire and the Dillinger Escape Plan and like those two bands, there is a sense of adventure that sets them apart from generic heavy noise makers. Few bands can balance the brutality with tempered moments of tranquillity or pile black metal on top of hardcore, sludge and doom and not have it sound like a complete mess.

It is clear this band have come on leaps and bounds since their Forcefield release ‘Sundown’ and the 12″ EP ‘Destroyer’ that got them inked with Relapse in the first place. Now this is a seriously brutal statement of intent from a band looking to take their place amongst their exulted peers. 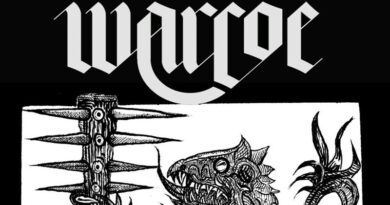