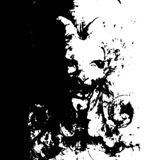 Hymn hails from Norway and makes music as a two piece. So just guitar and drums is enough for this duo to make some music that hits you like a tidal wave. Their latest record only has two songs on it and is titled after the band. They present you with a dark and heavy hymns, probably written in the cold of winter one can presume.

The Oslo two piece describes their own musical style as “Meditative Gargantuan Riff Metal”. Though that is the most adequate description you might get in four words, one can place them in the doom section. They’ve already gotten some credit for their music after playing for years, sharing stages with the likes of Samsara Blues Experiment, Brutus and Lonely Kamel. In April they got to open for Windhand. I guess that’s all you need to know about Markus and Ole for now, the music says the rest I’m quite sure.

‘Holy Ground’ comes dripping in gently, with soft guitar play with a reverberating sound. It sounds easy and comfortable, the sound of a soft wind is audible. Then the tones drop and announce the coming of a storm and suddenly the riffs start cascading down. The song washes over you with its massive guitar work and tight drums. The tempo changes in the first part of the song a bit, but mainly retains a moderate pace. The vocals are kept to a minimum and when we do hear them, they’re screamed in the background of the guitar waves. Though the sound is very full, there’s a minimal touch to their music. The latter part of ‘Holy Ground’ demonstrates that best with the repetitive riffs, pushing the song gradually to its end, fading out.

That continues on ‘Throne’, which has a twangy guitar riff repeating for the first three minutes. Then it stops for a moment, before resurfacing with an extra layer of distortion over it. The word gargantuan is probably derived from what you get the hear from there on, they are indeed big and heavy riffs that start dropping. The sound is altogether heavy and dragging on, shifting between the massive pounding phases and meditative repetition. Towards the end, the song starts to build up again with shrill guitar sounds swirling through the pillars of sound. The hammer goes down for a final couple of beatings and then only the buzzy distortion forms the exit of the record.

The Norwegians totally deliver what they promise and manage to combine two elements in their music without having to give in on either. Gargantuan riffs, but still giving you that meditative vibe at the same time, a match made in Oslo. 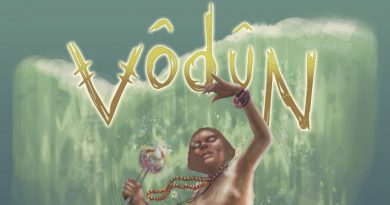 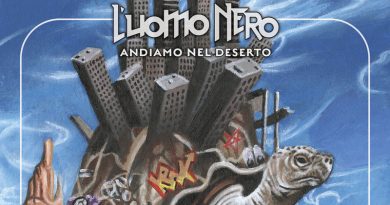