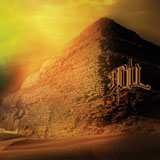 Hull. NOT a band name that anyone in the UK would willingly attach to their band, sharing, as it does, a name with a place on the British coast that is only 2 letters shy of being ‘hell’ and ‘dull’. Thankfully, you’ll be happy to read, THIS Hull are resolutely NEITHER of those things. The word ‘dull’ could most CERTAINLY not be used in reference to them.

Hull has been bandied around as a name to watch on the underground ‘scene’ for a few years now, and following their debut release, the ‘Viking Funeral’ EP from 2007, ‘Sole Lord’ is their first full-length record…and WHAT a record!

Hull can barely be contained within the confines of a mere CD, their ideas, energy and exuberance flow forth and threaten to break free and cause all manner of trouble. There is a HELL of a lot packed into ‘Sole Lord’ – sounds that are epic yet intimate at the same time, genuinely progressive playing, multiple layers of radically differing yet complimentary vocals and a use of musical and tonal textures to rival that of Baroness on their recent ‘Blue Record’. In fact, Baroness would be their closest point of comparative reference, along with latter-day Neurosis, although, in all fairness, Hull really sound like neither band excessively. Are we to take it, then, that Hull sound like…THEMSELVES?!?!

The usual ‘Mastodon/Tool’ reference points for a ‘progressive’ sounding metal band do NOT apply here. Hull are resolutely treading their OWN path. Yes, there are nods to ‘post-metal’, ‘prog’ and ‘sludge’, but in the hands of Hull, it is blended and rendered so skilfully that one simply cannot accuse them of being generic. Even the Baroness comparison doesn’t hold so much water when you realise that ‘Sole Lord’ was recorded a good six months before ‘The Blue Record’.

When it comes to actually attempting to describe what I hear when I hear ‘Sole Lord’, well, things become difficult. The lines between the ten songs that make up the record tend to blur, and so it feels very much like the whole recording should be experienced almost as one piece with ten ‘movements’, almost. Not that every track sounds the same, you understand, it’s just that there is an ebb and flow to ‘Sole Lord’ in its entirety that seems to tie the individual parts together.

Vocals growl, roar, soar, decry and chorus. Guitars flow like quicksilver, bathe the ears with limpid pools of notes, harmonise like Lizzy and doom out like Neurosis. Bass and drums lock together and accent everything exactly where it needs it, and DON’T where it doesn’t. This is tough, y’know? It’s a hard call to break this down. ‘Deliverance’ moves from moody post-rock, to syncopated prog, to ominous, lurching passionately declaimed metal, to tumbling, entwined prog guitars. From THAT, we move straight into ‘Wrath of the Sands’, a three minute maelstrom of spacey, warping guitar effects and crashing cymbals, and THEN on to the quietly mathy ‘Wanderer’, which ends with some subtly spacey guitar and an almost jazz-fusion solo. Oh, and ALL of this sounds completely natural and unforced. I mean, where do we go from THERE?!?

Well, as it happens, we go to ‘Healer’, which evokes Melvins circa ‘Hostile Ambient Takeover’, gets all Old Man Gloom on our asses and ends up as some kind of prog/indie-rock/sludgefest. ‘Aesthetic’ is gently mathy indie-space-prog, and ‘Architect is galloping METAL replete with harmonies and an epic conclusion that devolves into total howling Floor-style sludge and wah-wah mayhem. After all of that, you would NEVER expect the final track, ‘Vessel’, to be a jangly countrified post-Kraut-rock number, would you? Because THAT is what it is!

I’ve seen a number of other reviews of this record online and none of them seem to ‘get’ it. YES, it IS a demanding listen, but it really IS worth it. Unlike SOME ‘progressive’ bands, Hull don’t take over an hour to deliver their message and make their point. ‘Sole Lord’ is only 44 minutes long, but by CROM there is a LOT of information packed into those minutes!

If you’re a fan of bands that like to explore sounds and the space inside a song, I URGE you to check this out. Give it time to sink in, and I’d be VERY surprised if you weren’t thanking me for hipping you to Hull in the very near future. 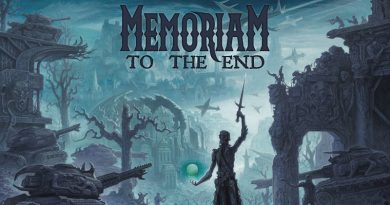 Review: Memoriam ‘To The End’ 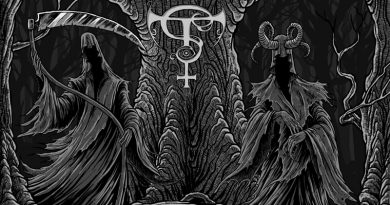