Glasgow, Scotland home of the Glasgow Kiss and also home to old school death metal wraiths Coffin Mulch, who are just about to drop their latest extended play titled Septic Funeral, six tracks of mould covered death designed to seep into every orifice and pore on your unwitting meat sack. It’s releases 26th February via three killer record labels – Redefining Darkness Records, Caligari Records and At War With False Noise. This is certainly something you should consider letting infect your ear canals.

The record opens with title track Septic Funeral, one solitary chime of a church bell before Coffin Mulch introduce themselves via the medium of the riff, slow in tempo and buzzsaw in nature. This HM-2 tone is killer, especially when coupled with the crashing symbols and pounding drums. Vocalist Alastair Mabon joins the gloom by spewing out these elongated growls that are really thick and totally envelop the instrumentals. The death doom laden sound starts to dissipate as Coffin Mulch start to increase the tempo, Alastair’s vocals get more and more old school, influences from Bolt Thrower’s Karl Willets and Apshyx’s Martin Van Drunen comes through. Those clattering symbols turn to stomping beats with driving bass, monster riffs and a killer mid paced tempo full of tone and character.

The record continues and ups the pace with monstrous track Black Liquification that kicks off with these soaring guitar leads that break into punishing d-beat drums and more killer riffage that’ll have you praying for a visit from the Bean-Nighe. This is some top quality stuff. The record continues with killer hooks and plenty of memorable segments like punishing mid section to Onward To Death that will no doubt crush you into a slab of oozing flesh and misery. The just shy of fifty second bruiser Carniverous Subjugation feels like a tribute to the early grind scene and bands like Terrorizer, which then leads you right into record closer Coffin Mulch.

With a slow paced introduction filled with clattering cymbals and more HM-2 worship, before slamming this break neck laden section around the minute and a half mark, it’s absolutely savage and just keeps going, getting better and better as the song progresses. The d-beat drums will have you lunging round your living room with reckless abandon, and the soaring vocals will have you trying, and failing, to match their sheer weight. Coffin Mulch save the best till last and have the balls to name it after themselves…superb, huge autopsy vibes on this one which is always a good thing.

This is a really exciting release, featuring insane artwork from Adam Burke which is the perfect image to adorn this beauty. Although an EP, it easily could be extended to be a full length and I feel the group have plenty of ideas to do so. Here’s hoping that this might be a possibility in the future as I thoroughly enjoyed it. So grab a tin of Tennent’s, coat ya self in porridge and get down with this pus filled rotting corpse. 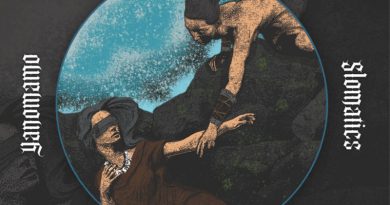 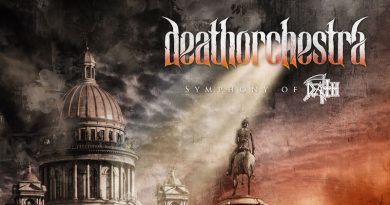