Whenever Shaman Lee sends out lists of releases available for review, one of the first things I do is take a quick scoot at the genres, so when the post-punk/darkwave tags appeared alongside Grieving Sea I knew this was for me. A collaboration between Void (Feed Them Death/Pseudodoxia) on vocals and Giorgio Barroccu (Derhead) on instruments who both run Genoa based label Brucia Records on which this debut is being released.

In case you were wondering about the album’s title, it is the medieval name for the village of Dunwich, which Barroccu explains was ‘once a busy port situated along the Suffolk coast, now a ghost town that has gradually disappeared under the sea since the year 1286 due to numerous storms and coastal erosion.’ The concept of an environment being consumed by a natural disaster is somewhat echoed by Evokaos‘ idyllic cover art whereby a lowly stag meets its potential maker in an image that is both ominous yet beautiful.

Death In, Death Out is a delicate piano led piece that features the dominant sound of crashing waves and mournful vocals reminiscent of latter-day Nick Cave and the Bad Seeds. It’s so low-key and understated that it initially barely registers, making for a rather unexpected way with which to commence an album. That said when you consider the concept behind the album’s title, it clicks into place in how effectively it evokes the calm before the storm, so to speak.

Fall, Fall Again features a great rumbling bassline as well as some inventive guitar playing reminiscent of the late great John McGeoch (Siouxsie and the Banshees). A Vacuum is a slice of gorgeous Bauhaus-ian led melancholia and there are real emotions on display here which typify the band who, according to vocalist Void, are both ‘intimate and introspective, with the aim of conveying a profound sense of calamity.’ So Pure is another piano led number and features a guest appearance by Danish avant-garde musician/multi-instrumentalist Trine Paaschburg (Mouth Wound). Paaschburg‘s vocal style reminds me of Jarboe (particularly Swans own In My Garden) and meshes beautifully with Void‘s own deeper Valor Kand gothic croon.

And In the End features a guest appearance by Sarah Townley of US heavy psych/drone ambient outfit The Sun and The Mirror who helps add some nuanced cello to proceedings and serves to add to the heightened tension and drama as opposed to detracting from it. Sonically there are hints of neo-folk and dark neoclassicism that bear similarities to the likes of Dead Can Dance and Death In June and is a brilliantly controlled and textured number that fans of the aforementioned bands will be able to appreciate.

The Sea Devours‘ guitar lines are far more prominent making it one of the harder edged and ‘rockier’ songs on the album. Another aspect of the track that stood out was the motorik krautrockian feel that envelopes you; which combined with Void‘s repeated refrain of the track’s title helps to effectively instil in you a sense of hopelessness and dread. My Soul In Dunwich feels like the mirror image of Death In, Death Out, the difference here being an acoustic guitar supplants the piano for the majority of the time while the waves help draw the album to its inevitably gloomy conclusion.

As with Disorder Recordings, Brucia Records roots lie primarily at the heavier end of the musical spectrum, and they share with that label the desire to diversify their roster. Grieving Sea are evidence of this with a sound that is far more subtle and well-crafted than any of their contemporaries. 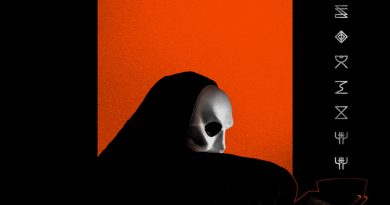 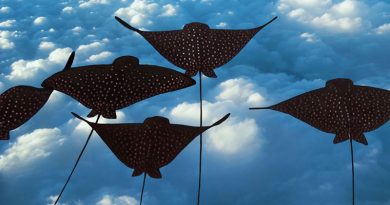