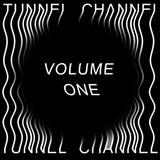 While I’ve always been somewhat in tune with the strange brainwaves that The Cosmic Dead live out their myriad existences with, they have nonetheless always been able to surprise me; sometimes with their shifts in direction, sometimes with their subtlety and sometimes, like this, through working with a band seemingly from that same alien psychosphere. Guardian Alien has operated just off my radar, occasionally darting in as a massive blip to an accompaniment of otherworldly synth and decidedly on-worldly percussion, but with this release Greg Fox’s consciousness-spanning project might be here to stay. The Deadites were never leaving anyway, but once again they have turned the tables on anyone, like myself, who thought they had them figured out.

Guardian Alien take the lead on this split, their two tracks a more spiritually exploratory counterpart to the undulating physicality of The Cosmic Dead. An absence of drums gives Statues & Instruments the feel of an introduction, the machine-language chatter registering as a babbling conversation of whirrs and bleeps that channels the aliens in Close Encounters, teasing with the prospect of a coherence that never reaches. Finally, a synthesised facsimile of human speech chimes in. “If you ever find yourself somewhere lost and surrounded by enemies who won’t let you speak in your own language, who destroy your statues and instruments,” it utters, “then you are in trouble. Deep trouble.”

Coming In The Dark, the trouble in question, begins with a flurry of percussion, rolling and dancing manically across kit and continents before a wave of drone punctures the ritual, looming on the horizon and moving steadily closer. There’s a Heart Of Darkness meets 90s acid house vibe here, the sounds of the unknown and unspoken elicited as a free-percussion surge of momentum that imperceptibly builds until it explodes with the buzz of some of the harshest, most fuzzed-up guitar this side of the Congo. It cuts straight through the haze with purpose, Fox’s drums rapidly switching up to a hard, fast rattle of snare that kicks the pace up several gears. Faint moans rise up and are replaced by yelps and chants, the guitarwork progresses from menacing to ecstatic and finally to complete, unrestrained freak-out and Fox’s drums just keep shifting, his celestial sense of timing and progression not only pinning these progressions together but spurring and driving them. In time, the guitars shoot their musical bolts, the voices return to babbles and chants and the massively infectious groove that’s been coming and going for the last ten minutes is silenced, but those drums keep rolling, and rolling, and rolling…

Drone Rivers, the latest (and marvellously titled) side-long gem from the Weegie cosmonauts couldn’t be further from all that surging chaos and psychoacoustic revelry. No, its faint moans and intermittent bleeps to kick off, alongside a so-low-it’s-creepy drone framing the introduction of Julian Dicken’s smart, sharp beats. Where once James T. McKay would have been contributed to that chaotic presence, his guitarwork here is measured and almost pleasant, melodically in tune with the warm vibe that’s been slowly and steadily invading their soundspace, and instead Lewis Cook’s dazzling array of synthesizer weaponry is put on full display, building from sweeping flourishes of alien speech to playful salvoes that lilt and flutter, dancing around tight beats like the maniacal pixie of sound that it is. This is probably the band at their most effervescent, tiny bursts of sound set off like sparklers in the dark that illuminate their earthly drone leanings, and in this way it truly feels like they are complimenting Guardian Alien’s earlier contributions, operating within that same boundless headspace though funnelling the great workings of the cosmos through the speakers rather than the tick-tock whirrings of the mind.

As Drone Rivers winds down, they lapse into a psychedelic fugue state, drifting on waves of sparse and distorted guitarwork that speaks in the tongue of its six-string overlords, progressing down a tunnel of ever-expanding light that ends not with a bang, but with something mostly closely resembling bliss. If this all seems high-fallutin’, so be it. The Cosmic Dead have outgrown their limitations again, allowing their Krautrock backbone to become more flexible and leaving the listeners to catch up. Its how all bands should operate, really, but until everyone else cottons on, there are at least two bands who know how to get things done. 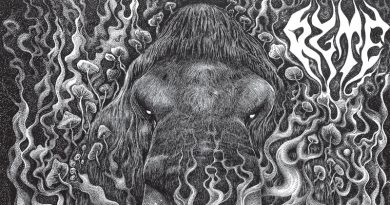