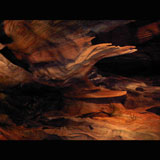 Brighton’s eclectic 3 piece Gorse have been twisting heads musically for the last five years. They first came to the fore in 2009 when they released ‘The Slumber Of Artemis’ EP via Calculon Records; seven tracks of challenging art/noise rock wearing influences of The Jesus Lizard and Black Sabbath equally on its sleeve.

2011 saw the follow up ‘Old Certainties’ saw elements of Doom and Psychedelia expand their sonic arsenal and create passages of music that were more accessible and melodic, fleshing out the abrasive nature of the band’s sound and making the listening experience a more rounded and considered one that demanded your attention just for the sheer breath of scope James Parker, Jennie Howell and Ollie Thomas employed.

Two years on and the latest installment of this musical journey ‘Twisting Nature’ sees the band moving further away from the Doom/Noise Rock of their earlier releases and embracing a sound that owes more to the Prog indulgences of the likes of King Crimson, strengthening the elements of psychedelic exploration that crept into ‘Old Certainties’. Prime example of this is the opening melancholy of ‘The Last Battle’. An eight minute, atmospheric instrumental; this introductory salvo has an almost medieval feel to the sweeping majesty of the music, dissected by simple, scything distorted guitar. This continues to build, enhanced by organs and moments that recalls the swirling melodies of the previous album, but pushed into overdrive by the quasi religious feel of the track.

This somber feel continues into next track ‘Isandlwana’ only now the moments of sublime deep bass muscles its way into the mix allowing the intricate guitar harmonies to create subtle grooves and understated hooks. Against this backdrop James Parker howls and croons equally, offsetting the stoner vibe with mournful singing and discordant screams matching the tender moments as well as the heavy crashing passages.

Those yearning for more of the old Am Rep style of old won’t be disappointed for long as ‘Suspension Of Belief’ shuffles in, driven by an uneasy drum tattoo and menace in the vocals. Here the influences like Neurosis are fully indulged as the off kilter, angular riffs, collide with post hardcore grooves. Anyone who was left wanting more savagery from ‘Honor Found In Decay’ will appreciate the deft touches and viciousness found within.

What Gorse have managed to do with ‘Twisting Nature’ is strike a balance between their prog leanings and their noise roots. ‘Tunnel Visions’, positioned centrally in the album captures this feeling perfectly; a slow and melodic start is almost brushed aside by an urgent heavy chugging passage and yet by the end of the song they have somehow combined both, with Parker running the gamut from Monk like intonation to full on David Yow freak out. They even manage moments of pure indie pop on ‘Fontanelle’ with drummer Howell not only maintaining the frenetic jazz drumming style, but adding backing vocals to a track that sounds a lot more up beat than it probably has a right to.

Despite the fact that this was recorded in the bands own basement studio in Brighton and full embodies the DIY ethos, ‘Twisting Nature’ still sounds great. Gorse have once again refused to set themselves any limits and have thrown Stoner like spaced out jams into laser precision moments of thoroughly challenging and modern rock music, like Pink Floyd colliding with your most visceral nightmares, before rounding it off with the near fifteen minute Doom indulgence of the appropriately named ‘Funeral Jazz’.

Gorse are never going to make party music, but what they will guarantee you is a powerful and challenging music adventure that can captivate the listener and pound you into submission at the same time; ‘Twisting Nature’ is their most complete vision yet. 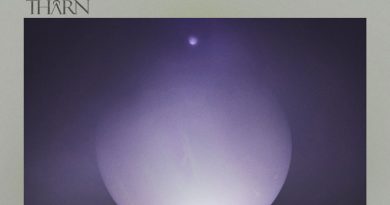 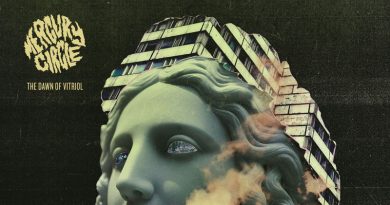