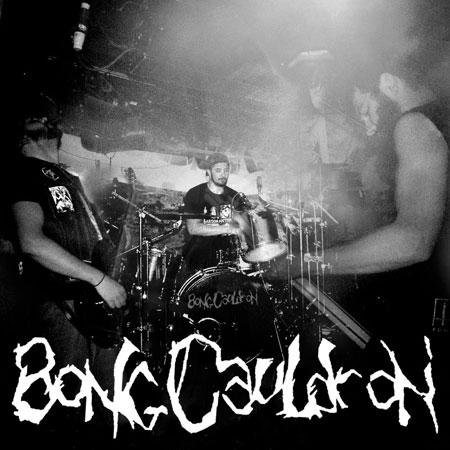 Despite making the long drive to Superhot HQ in the small hours of a Monday morning, having just played and partied at ‘kin Hell Fest all weekend and one of the lads not having even made it to bed the night before they had no problem blasting out 5 minutes of oppressive sludge.

Watch the live session below:

The album version of the song is also available for free download from Bandcamp HERE.

Superhot Records will release the EP later in 2013. BongCauldron continue writing music and have the following shows lined up for this year so far: