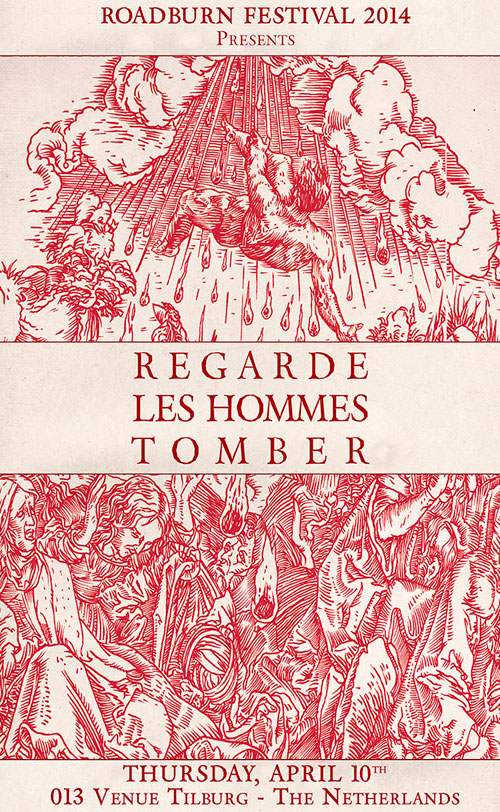 France’s Regarde Les Hommes Tomber will be bringing their devastating, sludgy, post-black metal to Roadburn Festival 2014 on Thursday, April 10th at the 013 venue in Tilburg, The Netherlands.

The band is currently making waves in the European underground with their S/T debut album, creating monumental opuses that intersperse huge, hypnotic but also harsh walls of black metal suffused with harsh vocals and menacingly delicate interludes. Their overall sound is definitely black metal oriented but with song structures and moods  reminiscent of Neurosis’ and Amenra’s punishing brutality.

However, showing the versatility of the band, Regarde Les Hommes Tomber also deliver deliberately building progressions more closely related to traditional slugde metal, alongside their intense, full blasts of power, showcasing a knack for less speed as well without sacrificing any of their wrath, restlessness and hateful anger.

Destroying this year’s Hellfest back in June, Roadburn 2014 will be next. Procceed with caution.

GUST: Self Titled Album Out This Week & Now Streaming In Its Entirety