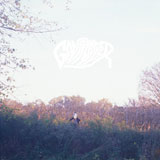 Yet more proof that there’s something in the water in Canada, other than beaver pee, that makes for the perfect marriage of a rawkin’ good band and a bunch of skronky fucking weirdos, What Matters is a slippery fiercely individual beast of a recording, full of light and shade and beauty and ugliness in equal measures – often all at once.

Barrelling straight in, opener ‘Don’t Walk Home’ sets out the Godstopper stall nicely – grandiose heaviosity gives way to an off-kilter spooky guitar line and some throbbing bass that I would

say reminds me of the track ‘Nutcracker’ by long-forgotten angular noise-rockers NoNoYesNo if I didn’t think you’d accuse me of being wilfully obscure, before taking a turn toward the dirty with a low-slung shitkicking sludge riff and some stop-start dramatics. Vocals appear to be shared out between all four members of the band to great effect as the differing vocal approaches – harmonised dreamy crooning, snotty nasal hardcore/punk vocalising, aggressive throaty yelling and the odd gnarly shriek – go a long way toward setting up a greater tonal and textural variety that, when added to the rest of Godstopper’s musical arsenal, really mark them out as very much their own band.

Although I’m occasionally reminded of obscure San Diegan lunatics Creedle at times, along with snatches of all of the previously mentioned bands, it really is just one more ingredient thrown into the pot and stirred up to create a rich broth that ends up with very much its own flavour – and thank gawd for that. I will always stand up for the rampant individualists in life, they make everything so much more interesting don’tcha think?

‘Bent’ ‘Temples’ rumbles in on a loping discordant groove that puts me on mind of industrial sludgesters Skin Chamber, ends up like early Brainiac for a slacker oddball melodic chorus – neither of which are a bad thing at all, if you ask me – and eventually finishes off like a collision between the two.

Elsewhere ‘Right Up To Heaven’ welds a snarling lead vocal to sugar-sweet wordless backing vocals atop that heavy-ass rumble that they do so well and swerves into a massive alternative rock chorus shot through with Shudder To Think-style astringent guitar oddness, ‘Sick Of Everything (Hollow-Eyed Friends)’ is a knuckle-dragging, loping old-school Melvins downbeat rocker and ‘Blame Them’ is a nasty piece of work not unlike 16 playing BuzzOv-en, via tortured Harvey Milk-style ultra-doom, something that rears its head again during the dream-like, sluggish, Clean House amidst the twinkling guitars, submerged cooing vocals and general ebb-and-flow feel of the piece. Disgusting pile-driving guitars from Phil Miles and Tobin Simpson and caveman clubbing drums from Mike Simpson drive an almost operatic, soaring chorus that sizzles with muscle and power. Stirring stuff indeed.

‘Lyman’ is the bastard offspring of early Quicksand and the Melvins at their most wilful and closer ‘This Is What Matters’ is an unsettling li’l number that pairs the distant voice of bassist Miranda Armstrong with Nathan Larson-esque spidery, brittle guitar in an almost sing-song lullaby format, ending the recording on a slightly uncomfortable and wholly appropriate note.

What Matters is a tough record to describe, in some ways, as any comparisons I care to make are merely rough approximations used in an attempt to point you, the potential listener, in a certain direction, as far as preparing you for what to expect.

However, the truth of it is that Godstopper sound exactly like Godstopper, and, really, how many bands these days can truly lay claim to such a thing?

Not enough, that’s for damn sure. Embrace them and seek this album out, if you, like me, have a taste for the wilfully individual and the bloody minded. 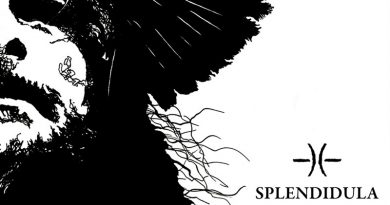 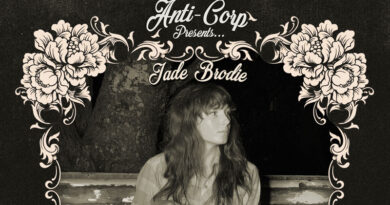