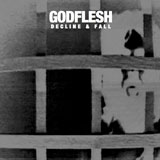 There’s usually a bit of trepidation going in to listen to something like this. The pessimist in all of us was brought out when Carcass announced ‘Surgical Steel’, and was then promptly silenced when we actually heard it and realised that, shock and horror, they hadn’t turned into an R&B combo while they were away. For anyone with fond memories of them, news of a new Godflesh album was enough to bring those feelings flooding back. Some serious touring from the duo over the past few years have proven that there’s still plenty of bite left in them, though, and while we might have to wait a bit for A World Lit Only By Fire, if ‘Decline & Fall’ is anything to go by, no-one is going to be disappointed. This sounds exactly how Godflesh should sound, from Broadrick’s greyscale bark and chiselled guitars to beats that drop like hail the size of Mini Coopers, a mammoth archetype of what dub could, and should, have evolved into.

‘Ringer’ heralds their return with a hiss and a crunch, a metronomic riff that strikes rhythmically and precisely. It’s a familiar touch of mechanical brutality that could have been lifted straight from ‘Pure’,  a simple and efficient approach to heaviness that Broadrick and Green have tweaked only minimally, throwing in the odd distorted garble to offset the harsh moans of Broadrick, but in the last minute there’s a sharp downturn that stamps it all into the dirt. The tone is darker, the textures more striated and less overtly punishing, and it’s the first sign of the new Godflesh at work.

‘Dogbite’ and ‘Playing With Fire’ are equally adept at playing with their established framework; for ‘Dogbite’, it’s thick, hellish beats and AT-AT stomps, in the latter case it’s unsettling discord as guitars switch between rigidly percussive strums and strained, mangled ripples of sound. Between the two songs, they cross everything from ‘Streetcleaner’s harshly dystopian aesthetics to the skewed approach to dub that they tested on ‘Us And Them’, the warmth of ‘Hymns’ existing only in fragmentary glimpses of sound. Godflesh were never a band to clean up their sound, always coating it with rust and jagged edges but never enough to impede functionality, and that impression remains. You feel like you should get a tetanus shot after listening, just to be on the safe side.

While ‘Decline & Fall’ makes a statement that yes, this is indeed the still-rolling machine of sound-system devastation that you remember, it’s the title track that really sounds like it’s going somewhere new. Genuinely sinister, it buries what could be melody under the rapid click of percussion, and it veers between blunt force and needling precision with pneumatic abruptness. Unpredictable and ferocious, it sees out the EP with the sweet, sweet taste of new avenues yet to explore.

Taking each of these songs individually, they could have neatly slotted anywhere in Godflesh’s back catalogue and should fit equally well in their live sets too, but this is more than just their first material in over a decade – it’s proof that they still sound absolutely punishing, the vestiges of British heavy industry roaring in belligerent defiance, and thankfully they show no signs of shutting up just yet. 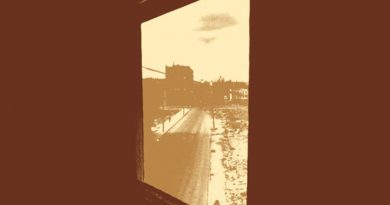 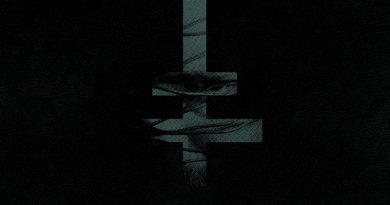