The debut full length from rabid death metallers Undeath is an event I have looked forward to since their 2019 offerings, a rather savage demo and the nasty offerings of EP Sentient Autolysis. So when Lesions Of A Different Kind finally came near, I jumped at the chance to see what this band can do on a long player.

Opening with the virulent locust plague of Suitably Hacked To Gore, Undeath immediately take you from this place to a world of fetid, swampy death metal riffs. Reeking of that early death/doom stench that infests the best Autopsy ever brought us, the guitar tone is maddeningly dense and the vocals sound like the very belch of Hades. The eldritch chug of Shackles Of Sanity is brutal, while the guest appearance of The Black Dahlia Murder’s Trevor Strnad (the walking death metal encyclopaedia) on the fearsome title track only enhances your feelings that this is a record that is not to be missed.

What is very satisfying as well is the fact that only one song goes over five minutes, and only three over four out of the full ten. There’s much to be said for a judicious ear when it comes to song length. Not that I don’t appreciate the odd epic, but this kind of death metal comes from the world of Scream Bloody Gore and Tomb Of The Mutilated; if you can do it efficiently without sacrificing power, do it.

Reeking of that early death/doom stench that infests the best Autopsy ever brought us, the guitar tone is maddeningly dense and the vocals sound like the very belch of Hades…

Undeath sacrifice nothing here apart from hordes of the innocent to feed its bloodthirsty machine. The uneasy Entranced By The Pendulum, the slithering crush of Acidic Twilight Visions and the almost unbearable death rattle of the momentous Lord Of The Grave; all stellar examples of how old school death metal is still able to devastate even years into its revival. The only thing stale here is the smell of rotten flesh.

Lesions Of A Different Kind is everything you could need in the year of our lord Satan 2020. Undeath just seem to get IT, whatever that intangible IT factor is when it comes to death metal. If anything encapsulates the rabid savage fury of modern life at the moment better than just over half an hour of gore soaked rampant death metal of the oldest, most putrid school then I haven’t found it.

So settle in for the aural equivalent of a deadly plague tearing across the planet, leaving us all ruined. If only that was just a dark metaphor instead of reality… 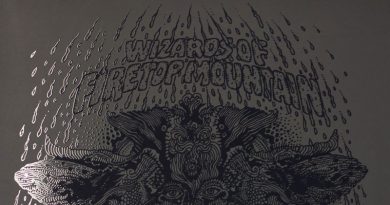 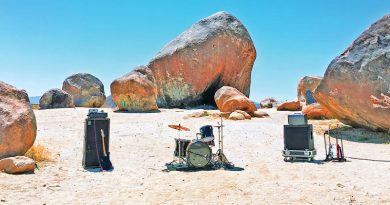