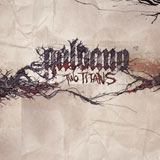 Coming on strong like a motherfucking atom bomb this release (ltd run of 500 coloured vinyl) will fuck you up when you realise it’s only two dudes making this super sludge monster of an album. Galvano however claim to be more than simply sludge, they claim to be ‘progressive sludge’, we’ll touch on that later.

From Sweden, no clichés here about them being pure doom by birthright but you cannot help think that these guys are the direct product of Thor fucking a village wench thousands of years ago when listening to “Two Titans”. Mattias Nööjd on guitars/vocals and Fredrik Käll on drums also give Eagle Twin a run for their money in terms of who is the loudest tightest heaviest duo on Earth.

“Two Titans” is eight tracks of all out furious sludge. The prog addition might possibly relate to the fact the band tries new time signatures and goes places your average sons of Sabbath might not dare to tred. Mattias vocally sounds like a block of flats being demolished, fed through an auto tuner to drop d. Drummer Fredrik supplies the structure and base for Mattias to lay down some of the finest riffs you will hear this year from a Sludge band.

People might have been critical of the band missing certain elements to their sound, like a bass player, but I’ll be honest, when I listened to this for the first time I thought the band was a full blown six member band; listen to opener “Abysmal” and tell me that sounds like two guys?

Album highlights for me would be the bawslammingly brilliant “Ethereal Sword” with its magnificent technical wankery which you could say is a nod to the “prog” title, something folk get called if they can play their instruments I guess. Elsewhere “Punisher” feels like it’s from the other end of the sludge spectrum to the previous track mentioned. Short, vicious and sweet, it takes no prisoners and deals out enough to fuck your neck with some real head-banging.

Overall, ‘Two Titans’ is a must listen for sludge lovers everywhere. 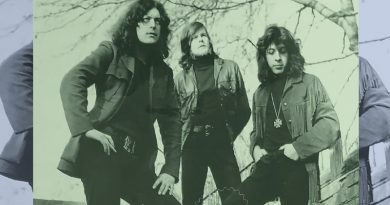