Just a couple of weeks ago I had one of those ‘how the hell am I that old?!’ moments when I read that Alice In Chains’ debut album, Facelift, was 30 years old.  Yup – there’s no typo there – THIRTY YEARS!

So to try and combat the inevitable depression and anger that followed, I listened to Facelift and Dirt back to back.  They are both absolute classics and stand up as well today as they did when they were first released.  The combination of Layne Staley’s awesome voice, Jerry Cantrell’s unmistakable harmonies, and some top-class song-writing makes them come out on top amongst their Seattle-based contemporaries as far as I’m concerned.

And so, it was with bated breath that I approached this tribute to the Dirt album which was released on Magnetic Eye Records on 18th September.  This is of course the latest in the label’s line of Redux packages, which pay homage to some of the most important artists, and seminal albums, in this messed-up backwater genre of musical pestilence that we love so much.

A great tribute album does two things: firstly, it introduces or reintroduces some classic songs that you may not have listened to in a while, and secondly it exposes a potentially new audience to a host of artists that they may not have heard of or haven’t ever thought of listening to.  Happily, Dirt [Redux] does both of these things really well.

I was also pleased to find out that the running order reflects my original UK cassette, as opposed to the altered roster that appears on the CD.  Granted, this is a very niche thing to be happy about, but I’m sure there’s at least one other person out there that would appreciate this!

The album kicks off with the mighty Thou giving us their version of Them Bones.  It’s perhaps surprising that a band as experimental as Thou have chosen to go with a fairly faithful rendition of the original – upping the heaviness by maybe 10% with the guttural vocals in the background.  It works brilliantly though, and acts as an ideal intro to some of the more varied interpretations to follow.

Low Flying Hawks then bring us Dam That River in a way that you certainly haven’t heard, or even dreamt the song before!  It’s an ethereal and gentle version which forces you to reconsider the lyrics and engage with them in a different way.

The bassline to Rain When I Die is present and correct – how could anyone dare to vary it?! High Priest go down the faithful route and do a particularly notable job of delivering the vocal harmony that is so key to this song in particular.

Down In A Hole is an unquestionable classic, and it’s a double-edged sword to cover such a track. I’m very pleased to report that Khemmis have more than met the challenge and have managed not to mutilate either themselves, or the song with said sword.

Now to the first of the ‘and how the hell are they gonna do this weird one?!’ tracks.  Let’s face it, Dirt as an album is a challenging listen, it combines pathos and almost radio-friendly melodies with outright bonkers songs which illustrate, in a way never bettered (in my opinion), the fucked-up life of an addict. These Beasts are the brave souls that have stepped up to the Sickman challenge. Theirversion is less dirty and nowhere near as chaotic, and perhaps because of this, it’s made me appreciate the song slightly differently.  Give it a listen and you’ll hopefully hear what I mean.

Howling Giant – Rooster…if there’s one track on this album that made me go straight to the bands other work it’s this one.  Howling Giant have added subtle organ lines, slightly changed riffs, and delicately shifted the vocal phrasing, and it works brilliantly.  This is a standout track on the original album, and it remains so on Redux.

If you love Alice In Chains, or have even a passing interest in the album Dirt, then you should absolutely seek this tribute out…

Junkhead was always the most outright descriptive of the addict’s nightmare, and the musical slant of the original version is desperate, and at the same time slightly psychedelic.  Forming The Void’s version is similar to These Beasts’ effort, in that it focuses on the melody and doesn’t have the twisted maniacal bent that Layne gave.  Still, an interesting version nonetheless.

Somnuri’s revisiting of the title track, Dirt, is perhaps the most straightforward cover version on Redux.  If you went to see a tribute band and they sounded like this, you’d be happily skipping all the way to your dealer (or barman, depending on your chosen vice).

So, to the final ‘how are they gonna do that?’ track – God Smack.  This was possibly my least favourite track as a teenager who was in blissful ignorance of the full horror of what I was listening to.  Over the years though, my view has changed, so it’s great that Backwoods Payback have done such a good job.  Their version maintains the almost careering-out-of-control pace of the original.  Chaotic brilliance!

We’ll gloss over Iron Gland because it was never a proper song anyway (Black Electric must have pulled the short straw when songs were handed out!), and we’ll instead focus on the three-punch combination that is Hate To Feel, Angry Chair, and Would?

– (16)- largely dispense with any attempt to follow Layne’s original vocal.  It’s a varied and daring interpretation which ups the heaviness and slows the tempo.  A fine beginning of the end…

Vokonis’ version of Angry Chair then dares to change things even more, and with equally impressive results.  They’ve turned one of the more straight forward tracks into something that is now as dirty and messed up as Sickman and Junkhead – no small achievement!

Of course everyone knows the album ends with Would?…a track that was too good to simply be left on the Singles movie soundtrack.  What I didn’t know is who The Otolith were.  Finding out it was ex members of SubRosa set my expectations sky high, and my expectations were met.  If you know SubRosa then you already know what this version sounds like, and it works fantastically well.

If you love Alice In Chains, or have even a passing interest in the album Dirt, then you should absolutely seek this tribute out.  Even if you’ve no interest at all I’d say give it a go – it presents a set of classic songs in sometimes faithful, and at other junctures inspired new ways.  More power to the Redux series and to Magnetic Eye…onwards to Sabbath’s Vol.4!… 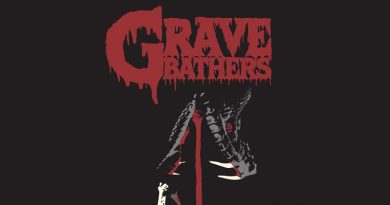