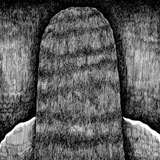 Ethereal, nebulous, occasionally Krauty and deeply witchy, Furrier is the much anticipated debut album from the collective minds of Ex-Guapo / Mothlite / Aethenor / Ulver man Daniel O’Sullivan and troubador Alexander Tucker, ably aided and abetted by Jussi Lehtisalo of Circle, Antti Uusimaki of Mothlite and Guapo man David Smith, coming together under the name of Grumbling Fur.

Krautrock motorik rhythm rubs up against drifting pastoral Englishness and Eno-esque haunting ambience – imagine, if you will, Another Green World being played by a supergroup comprised of Harmonia and The Soft Machine, far out on the astral plane.

Separating out the fourteen tracks that make up Furrier is a difficult and basically pointless task as the album works best when viewed as a whole, with each track flowing into the next virtually seamlessly. There is the cut-up feel of a collage at times – most notably on ‘Curing Hides’, with its  sudden jarring percussive outburst – but ultimately certain themes keep recurring and resurging.

A primo example of this would be the thread that runs throughout ‘Green Garden Fur’, ‘Sommaren Ar Har’ and ‘Orb Of The Woods’ consisting of some tres Mike Ratledge/Ray Manzarek-style organ choogling ducking and diving, bobbing and weaving over a heavy thrumming bassline and some Wyatt-esque pulse drumming, strung through all three tracks and interwoven with spooked-out kaleidscopic hallucinogenic atmos. ‘Sommaren Ar Har’ throws some guturral, probably Finnish, vocal ejaculations into the mix for good measure before really locking down the bass pulse and the motorik drum beat for ‘Orb Of The Woods’. A serious touch of Talk Talk surfaces during this latter track, with dreamy layered vocals and a lush bed of reverb evoking Mark Hollis and co.

The tail-off from those sounds takes us through into ‘Talvi On Tulossa’, in which those layered vocals and beds of reverb begin to assume a much spookier hue, with clouds of vocal sound coming in gusts and the lightest touch of electric  piano adding a melancholic air.

The mood shifts into darker territory for the final ‘movement’, ‘Bears Wandering Into Milky Chapel’, through to final track ‘Furfather’s Lament’, with cavernous drums and subterranean bass throbbing through a murky fug of dubby atmospherics and distant Black Metal howling. Tablas and odd-sounding guitar interjections loom from out of the haze until they too are subsumed by the fuzzy, wooly miasma.

Mysterious and spooky, creepy and even kooky at times, Grumbling Fur make an ideal companion to similarly-inclined organic pastoral droners Slomo, if you remember them, and are most definitely recommended to anyone with an interest in the parent groups of those involved. Those familiar with Tucker’s work will be able to get a grasp on Grumbling Fur straight away, as will admirers of Guapo, Mothlite and latter-day Ulver, and fans of Circle’s more repetitious organ-based material will find plenty to get their teeth into on Furrier.

One apparent influence that I haven’t mentioned is Pink Floyd, and there appears to be a sense of similarity between the sound of Grumbling Fur and their more abstract, atmospheric earlier material – Ummagumma and A Saucerful Of Secrets in particular. The spooked-out heat haze of ‘Set The Controls For The Heart Of The Sun’ and the deeply strange organic sounds of ‘Several Species Of Small Furry Animals…’ are definitely kinfolk to much of the sound on Furrier, well, to these ears at least. I may be wrong, but if I am you won’t hear me grumblin’… 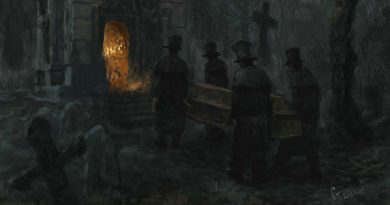