Delvoid have made the most of the six-year gap between drinks with their third album titled Swarmlife. It’s two predecessors showed plenty of promise that is fully realised in every one of the six tracks, almost 60 minutes, and album of the year contender. The expansion is personified by an astonishingly powerful vocal performance from Alex Delver backed by a perfect blend of ever evolving rhythms and melodies that seamlessly intertwine with each other. The clean sections never linger too long and always have a sense of purpose that eventually give way to hard-hitting distorted riffs drenched in power and emotion all underpinned by an incredibly dynamic performance from Espen Granseth on the drums.

The idea of a Techtree is the perfect image for this record as its layers branch out and take on new sonic abilities. The opening song starts with low white noise that is layered with a simple rhythm, a rolling guitar riff, then a stop start bass riff, then, an almost cheeky drum pattern as the energy continues to build upwards until a huge drop and release. Then, after a brief quiet ‘sigh’ like pause, our narrator Delver puts you in the palm of his hand and never lets you go, as by the time he screams the iconic lyric ‘surely there’s enough’ somewhere around the halfway mark of the ten-minute opener, Delvoid have given you a small entrée of all that is to come and it is definitely more than enough.

Urras slicks the hair back and gets down to business with an odd time signature defining lick dominating across the song. The drums keep the feeling natural and free while still providing a heavy backbeat. It’s the kind of song that, when you see it live, you know you are guaranteed a good time as soon as you hear the first two notes.

Out Of Labour has the Delvoid essence, but more of a free flowing, continuously expanding genre defying approach. The start is vaguely reminiscent of some of At The Drive In’s work that moves into an almost jazz rock style piece of music. The remarkable achievement of this track is how it starts in a different field to where it ends, but never gets lost on the way and even jumps back and forth a few times. It would have been very easy to miss the mark with this song (and maybe where the title came from) but by the end it has created its own unique universe.

Collapsist set sail in a different direction, slowly at first, and then turns up the energy for an extended period that is finished off with a long building outro. Keep an ear out for Magnus’s bass runs. Third body has Delver in control with tense, passionate vocal melodies which again see the band move between light and dark as simple as turning a light off.

The album closes with The Master’s House that has that rewardingly ominous feeling after taking the Swarmlife journey. Erik Halbakken leads us to the end with a beautiful guitar melody that echoes through the last moments of the album to a perfect finish

The album has an incredible mix of shades that never overstays its welcome. Each member of the band, and musical idea, is given time and the respect to develop and shine with the confidence a band on top of its game deserves. Repeat listens highly recommended. 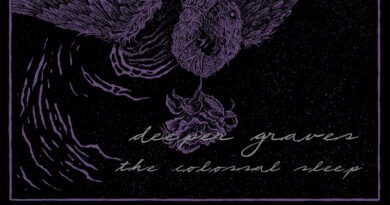 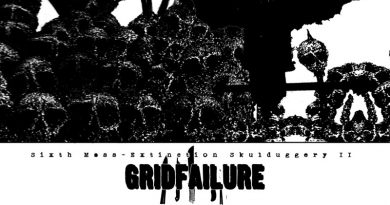