Dead Cross is a ‘supergroup’ composed of legendary members Dave Lombardo (Slayer, Suicidal Tendencies, Mr. Bungle) on drums and Mike Patton (Faith No More, Mr. Bungle, Solo etc) on vocals, as well as slightly less familiar names Michael Crain (Retox) on guitar and Justin Pearson (The Locust, Retox) on bass. The band are based in Southern California and formed in 2015 with the late Gabe Serbian (The Locust, Cattle Decapitation) initially on vocals, before Patton took over a year later.

Latest album II, as you will have inferred from the title, is the outfit’s second full-length release and follows up 2017s Self-Titled debut, 2018s Self-Titled EP and 2020s kickass cover of Black Flag‘s Rise Above. The artwork is once again by Eric Livingston (First Church of the Void) and Bran Black Moon whose work previously adorned the aforementioned debut, as well as featuring in the Seizure And Desist music video. The art offers up the record and project as an unpretentious DIY prospect.

Love Without Love has an eccentric manner that recalls the finest work of Japan’s Boredoms, the sludgier moments of Melvins and even some thrashcore ala Siege thrown in for good measure. A full-on belting opener. Animal Espionage by contrast is a slightly different proposition, a lot slower, it feels more like post-punk than a full-on hardcore onslaught. There were moments where I was reminded of Tension Span’s brilliant debut album that I reviewed not long ago for The Shaman. The tempo soon increases significantly with Heart Reformer, a ripper in the vein of classic hardcore outfits like Discharge and Ratos De Porão, a musical nuclear warhead unleashed to wreak death and destruction on the poor unsuspecting masses below.

For Strong And Wrong think Bad Brains along with the twisted mathcore of Ipecac labelmates Daughters that can easily disorientate one who is listening to it, such is its effect, especially with the influence of the latter. Ants And Dragons taps into death rock/goth rock and seeing as we are around the Halloween period, it feels entirely appropriate. Nightclub Canary meanwhile has a greasy Motörhead feel and nods to Midnight’s blackened speed metal, hell, even a bit of Darkthrone in their crust-punk phase is present too.

As you might have guessed Christian Missile Crisis title is a play on the 1962 Cuban Missile Crisis, where a nuclear exchange was scarily possible. Rather than armageddon however, the directed targets are instead organized religion, the NRA (National Rifle Association) and to quote bassist Pearson ‘the fact that a large enough amount of Americans have the inability to negotiate peace and prefer oppressing others.’ With that as the lyrical focus, you were never going to get Melodious Tibetan chant music, instead you are left with some pretty vicious Megadeth inspired punk-metal that sounds like an outtake from Peace Sells But Who’s Buying. Awesome stuff.

You can tell definitely see why Reign Of Error was released as a single, man this is like Slayer on amphetamines and distinctly recalls the frantic nature of Sudden Death from the superb The Raging Wrath of the Easter Bunny Demo by Mr. Bungle. Finally, Imposture Syndrome concludes the album with some amazing guitar harmonics that alternate between Emperor and Agnostic Front.

Any project that features Mike Patton is bound to pique my interest and as you’d expect from his involvement, II was definitely never going to be your run of the mill Hardcore record. Yes, there are certainly influences present from that genre, but it’s the additional creative ‘twists and turns’ that help stand it out from those of their contemporaries. 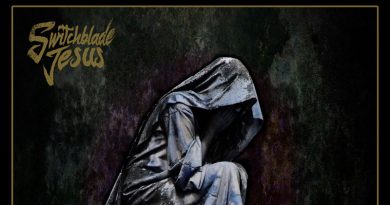 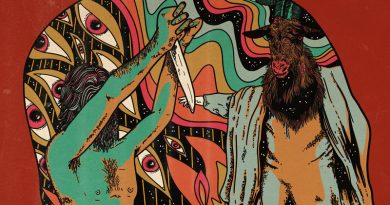 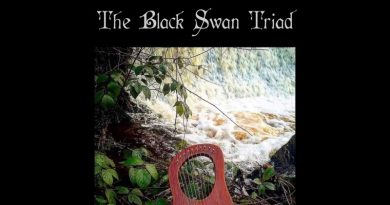