The past few years have spewed out a plethora of throwback death metal acts whom mostly either take the American route and plant their combat boots firmly in the swampy sounds of Obituary or the technical madness of say Suffocation. But there’s another side of the throwback scene, the European throwback with groups blasting out the sounds of the hardcore punk influenced Swedish death metal scene and imitating their heroes like Dismember and fellow swedes Merciless. Today’s record comes soaring out of that Swe-Death throwback sound from Disrupted titled Pure Death which will be released October 26th via Memento Mori and De:Nihil Records on all of your favourite formats… apart from cassette.

Disrupted hail from…you guessed it, Sweden! More precisely Ludvika. Formed back in 2012 Pure Death is the group’s second full length after 2015s Morbid Death. I think they should have called the record ‘Pure Swe-Death’ because this record is thirty five minutes of pure HM-2 worship. If you’re not familiar with the Boss HM-2 pedal, it’s what gives the guitars that sound, you know the one, that sound of a buzzsaw that’s gone super rusty and is being revved up over and over again while firmly planted into some poor fuckers skull. If you’d like an example, go and listen to one of the finest death metal records of all time in Entombed’s Left Hand Path and you’ll get the gist.

This album is absolutely relentless. There are no breaks, no little instrumental dittys to break up the album, it’s just nonstop break neck obliteration. The guitars have that killer crusty over tone to them that comes from that HM-2 sound. It’s so aggressive and infectious that you just can’t help but join in. The riffs are full of attitude and perfectly nail that patented Swe-Death sound. Alongside the savage riffs are some wild and soaring solo’s from guitarist Thomas Liljekvist, who kills it all the way through.

The d-beat drums mixed with some death metal attitude absolutely rip, just further drawing you into the sound. But, don’t get to close cause Disrupted bite and they’re not muzzled on this album. Talking about muzzles, vocalist Mikael Hanni should be muzzled when near people! This guy’s an absolute animal spitting out his lyrics with absolute vitriol. He reminds me of Entombed vocalist LG Petrov in the way that he mixes that death metal growl with that hardcore punk attitude.

The song structures are good and exactly what you’d expect from a record like this and that’s largely where the problem lies. It is almost a very good reproduction of the scene they obviously love so much, maybe with a heavier focus, but because there isn’t that much variation to the sound and the fact that Disrupted haven’t really put their own unique stamp on it, I couldn’t rightly say that you’ve got to hear this record. You could just pick up classics, Entombed’s Left Hand Path, Grave’s Into The Grave, Dismember’s Like an Everflowing Stream or Carnage’s Dark Recollections and have just as good an experience. You could even check out the new record from Swedish compatriot’s Lik Misanthropic Breed which is another great example of modern Swe-Death.

I think where the throwback scene has been really successful is where bands have taken the sounds that their predecessors crafted and added their own flair to it. A great example from this year would be Bedsore with their debut record Hypnagogic Hallucinations who took all of the best bits from the progressive death metal from the late 80s and early 90s scene and spun it on its head with heaps of psychedelia.

This is by no means a bad record, I actually thoroughly enjoyed it as I’m a big fan of the genre. It’s aggressive, it’s got attitude and it’s full of infectious and massive riffs. It’s just missing that unique stamp from the band to make it their own. 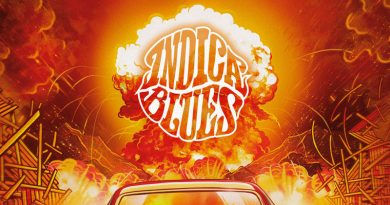 Review: Indica Blues ‘We Are Doomed’ 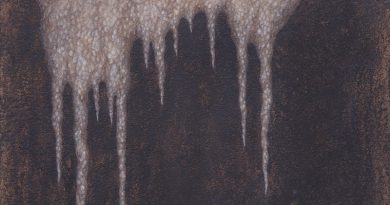