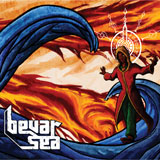 These days heavy metal is a fully-fledged global phenomenon and I don’t know about everyone else, but I think that’s simply a fantastic thing in its own right. The very fact that acts like Bevar Sea – Bangalore, India’s premier exporters of an authentic brand of crunching stoner metal – can exist, gig, produce, play and flourish is testament to the now worldwide love of the riff, as well as the ability of genre heavyweights’ influences to collectively infiltrate even the most remote outlets of the scene. Just listening to the opening minutes of this strident self-titled debut brings a smile to my face as I imagine five dudes, located about as far from California’s Sky Valley as it’s possible to be, consistently stumbling across the same copies of The Sword’s ‘Age of Winters’ or High On Fire’s ‘The Art of Self Defence’ in the only record store in town before finally agreeing to meet up for a first jam. The Bevar Sea record itself is as much inspiring as it has clearly been inspired; with the band taking their cues from desert rock and doom metal masters across the planet and adding their own Eastern spice to the mix, the rhythms and the ever punishing grooves.

Taking an unashamedly large handful of Cathedral’s plunder and boogie, tossing it with The Sword’s humid Texan air of raw, righteous Sabbathrobatics, adding High On Fire’s stomping, Neanderthal authority and spooning a Wino-by-way-of-Bobby Leibling vocalist over the top, and Bevar Sea are in business. Yet, the likes of ‘Universal Sleeper’ also hint at their will to go a step further and explore an almost oriental tinge of outer-cosmic atmospherics. Having formed in late 2010, Bevar Sea have clearly had the time to hone and grow into their sound – cementing it into exactly what they want it to be. Consequently, the confidence of the five-piece booms through the speakers even louder than Rahul Chacko and Srikanth Panaman’s riffs; their mission to worship the Iommian template set securely in molten lead. Chacko himself is also the band’s resident artist and has lovingly crafted colourful, unique and delicately arranged visuals for each of the album’s four songs. These outstanding efforts of dedication and imagination sit proudly alongside the track names on the digital album version, whilst the band’s range of t-shirts, sweatshirts, patches and bundles shows both their clear flair for elegant merch production and a keen eye for good business opportunities.

What’s slightly less obvious is the question as to whether or not this is in fact a live album; crowd cheers, claps and assorted other whooping and hollering can be heard around the edges of all four tracks, which does feel a little corner-cutting. Although that said, the performances do lend themselves better to the more relaxed confines of a stage than the tightness of a studio performance. Having stoner knob-twiddler extraordinaire Billy Anderson (Sleep, Melvins, Eyehategod, Fantomas, everyone else in the world, ever) mix and master the record is another nice cherry on the hashcake. However, whilst Anderson has clearly beefed up the guitar work on the recording, the slight, but noticeable, lack of dynamism within each track’s composition makes me wonder whether the band got their money’s worth out of the guy who should be cleaning up their sound whilst advising heavily upon track arrangements.

Opener ‘The Smiler’ for example, is a piece of out-and-out forthrightly powerful, metallic fantasia and whilst its bowel-crippling riffs and NWOBHM bass-driven rhythms are entertaining and head-noddingly satisfying, the song lacks a real punch or a worthwhile end goal. The same riff pattern is recycled over and over and the space for the guitar solo is seemingly stolen by an eerie stop for a breather where only Avinash Menon’s bassline can be heard before the riff kicks back in. ‘Abishtu’ fairs better with some succulent motifs thrown into the frame over Deepak Raghu’s absolutely colossal-sounding drums and Chacko/Panaman’s Sleep-esque leads. The guitars are allowed more room within this song structure to breathe life into the energy of the track and there’s an almost ‘70s swing to proceedings as vocalist Ganesh Krishnaswamy snarls and cackles over the power chords. Krishnaswamy’s vocals are a strange concoction of Lee Dorrian’s pompous, OTT croon, Dixie Dave Collins’ whiskey-flamed rasp and Captain Jack Sparrow’s pirate-y swagger, and unfortunately, try as I might, I struggled time and time again to take him entirely seriously throughout the record, especially on the otherworldy boogie of ‘Universal Sleeper’.

Closing epic ‘Mono Gnome’ (see what they did there?!) is the pick of the bunch, despite owing a significant debt throughout to the blues-soaked sludge of the Sleep classic ‘Dragonaut’. The intro is a glorious bass oodling you’ll be humming for hours, whilst the solidity and fluidity of the drums is reminiscent of Alfredo Hernandez’s work on the last two Kyuss records. The solo is a corker – an almost organ-sounding piece of guitar work which takes the Southern steel of COC and sets it into a more vintage diecast. After a slow, earth-trodden doomy ending, the guitarists open up into a bonus acoustic ditty which is arguably Bevar Sea’s most originally creative moment. Imagine Yawning Man kicking back in a shisha cafe owned by the dudes from Truckfighters and you’re most of the way there.

Whilst for me this isn’t ‘album of the year’ territory, I must take my hat off to Bevar Sea for what is an enjoyable and fun-filled debut of clear origin and identity. At the same time there’s room for improvement here and future songs could retain the same element of charm whilst cutting out some of the unnecessary repetition, messy live background noise and a tightening the vocal dynamics. For a young band like this, someone with Billy Anderson’s extensive experience is surely invaluable, but having listened to the mix several times over, I’m unclear as to what such a big-name engineer has actually contributed to this release. Bevar Sea’s story of DIY metal glory is nonetheless truly inspiring and if they ever choose to grace UK shores to play live, I’d gladly follow the smoke to their riff-filled lands. 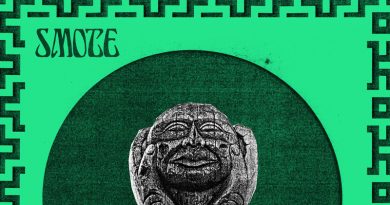