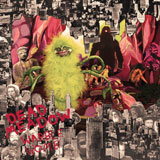 Dead Meadow have come a long way since recording their eponymous debut album inexpensively in their practice space back in 1999; besides releasing a number of studio and live albums, they’ve toured the world, recorded a session for John Peel and gone through a few line-up changes, and yet hearing their latest album Warble Womb, their first with original drummer Mark Laughlin in twelve years, you get the sense that in all that time they’ve merely been refining the cosmic energy of that first psychedelic recording. Beneath all the Big Muff fuzz of ‘Sleepy Silver Door’ was the same sense of melody and songwriting that is at the heart of everything on Warble Womb, and it now seems that the need for extended instrumental jam passages is reserved for live performances, because Warble Womb is a startlingly to-the-point and tuneful record.

It’s an assured album too. Not that Dead Meadow have ever sounded particularly unsure of themselves, but returning to the formative trio and self-recording once again ‘on their own time and on their own dime’ seems to have suited the band, and allowed them to expand on musical ideas and textures that they had hinted at before. For example, Jason Simon continues to riff off his Eastern influences throughout the solos on the album, and particularly on the instrumental track ‘Warble Womb I’. Not surprisingly though, these are some of the less inspiring or memorable moments on Warble Womb.

Instead, the creeping prominence of acoustic guitars is what most informs Warble Womb’s sound and some of its best songs; even when a song doesn’t feature acoustic guitar you get a sense that it may well have been written on one. ‘One More Toll Taker’ is a pretty, intimate song not unlike those found on Simon’s recent solo album, but even the initial bombast of lead single ‘1000 Dreams’ gives way to a chord – rather than riff – led verse. On some songs you can hear the evolution from demos to their recorded versions more literally, as on ‘Mr Chesty’ which begins with Simon unaccompanied on acoustic guitar before fading out only to be rejoined by his band mates for a more bombastic rendition.

That’s not to say that the psychedelic exploration and interplay between guitar and bass – previously so essential to Dead Meadow’s sound – has been lost for good; far from it. ‘Rains In The Desert’ and ‘In the Thicket’ are classic Dead Meadows wig-outs and psych-outs respectively and there’s plenty of exemplary guitar work throughout. The band even express their love of dub on ‘Copper Is Restless (‘til it Turns to Gold)’ and ‘Warble Womb II’ to keep Warble Womb from becoming too predictable or one dimensional.

Comparisons could be made between Warble Womb and Baroness’ Yellow & Green, another album by a band who traded their earlier penchant for a more all-out aural assault for a more melodic and (arguably) more interesting rebirth. But this is not a rebirth in any true sense, just a consolidation of everything the band has learned and come to love about making music together. In a sense it’s a shame that this album comes to us as the seasonal changes of autumn set in because this is a summer record at heart. But if any album is going to keep us warm during the winter months, it’s this one. 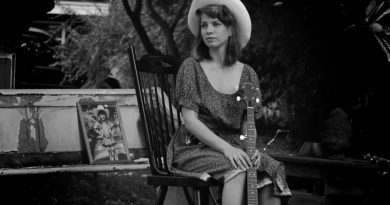