The beauty of music is that everyone appreciates different aspects of a song and are drawn to many different styles. One person may detest a song/band while another idolizes them. On top of that, a person may dislike a band until they hear a specific song that resonates with them and launches a band they’d previously disliked to a top ten. That’s why I’ve been asking what songs band members are proud of in interviews, it sheds light on an aspect I may have overlooked.

I’ve noticed my reviews recently have started taking a similar style. I was fortunate to see Truckfighters play Gravity X in its entirety but in reverse order, and it was mind-blowing. Since then, I’ve sometimes listened to the last song first, especially if I find I’m having trouble getting into the album. I’m going to review Confusion Master’s latest long-player Haunted backward in an effort to shake up my reviews and also because their closer provided that spark to get me into this outstanding album.

Under The Sign Of The Reptile Master, when played live, I believe would be a perfect opener even though it closes the album. The spoken word intro could be playing in complete darkness as slow riffs trigger the lights. The tempo ebbs and flows throughout its entire eight and a bit minutes then fades with heavy distortion ringing out to nothing, which easily leaves room to transition into the next song. I guess getting excited after finally going to a gig makes me imagine how all these songs would sound live – haha.

Continuing on in this fashion, the title track Haunted is second to last, but again the drums fading in provide an epic transition from the disappearing guitar on the aforementioned Under The Sign... Live that would be seamless, the droning sounds and delayed intro contribute to that instrumental break. It’s a rather long instrumental with some spoken word that may take up too much time when you only have a thirty-minute support slot, or an hour max headline set, but it would be amazing if even part of it were played as a transitional piece. As far as on the album, it adds the perfect haunting atmosphere, hence the name.

Fuzz! The opening tones of Jaw On A Hook sound like a broken speaker rather than a cool boutique pedal getting stomped on. I love that sound, and one I strive for every time I plug my guitar in. Casket Down is number three on the album, while Jaw On A Hook is fourth. Both songs deserve to be the meat of this album because they’re filled with hefty riffs reminiscent of the doom gods Black Sabbath. These songs could easily fill the middle of a live set, the increased tempos (only slightly) will get the audience moving and the power of the music will fill the venue pulsing through each fan’s veins!

Confusion Master, although the name implies the mastering of confusion, in reality, they’ve mastered the riff. None more prevalent than on the mighty The Cannibal Country Maniac. While it’s the second track, it’s second to last on my imaginary setlist and perfectly fits because the album has a natural crescendo when played in reverse. It’s nice to have the album wind down as it closes, but playing it live, this song is definitely the climax before the epic closer that is Viking X.

As Confusion Master thank the audience and leaves the stage, the crowd stay and of course chant for the inevitable return for an encore. The droning tones that open the album could be extended as the band takes their much-needed break and building up tension for the over-excited crowd. When they rejoin, again in complete darkness, the kick drum blasts two hits as the lights go crazy and the music matches. Explosive energy describes this song, making for a great intro on the album, but also an outstanding closer for a show!

In my opinion (that’s what this is after all) Confusion Master have pieced together a fantastic album from start to finish. Getting some insight on this album in the previous In Search of Tone interview I did with guitarist Gunnar and Stephan, allows me to listen to little details I may have missed before. I hope one day to experience this band live playing the songs in the order of my imaginary setlist, or in any order for that matter because I think they will put on a hell of a gig. 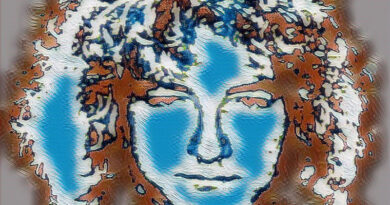