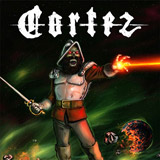 The name Cortez may not be hugely familiar within the stoner rock scene. I remember the debut EP, “Thunder In A forgotten Town”, released in 2007 on Belgium’s Buzzville Records being a decent if unremarkable release. When guitarist Tony D’Agostino jumped ship to form southern rockers Sun Gods In Exile I wrongly assumed the band to be done and dusted but how wrong could I be. Not only are they alive and kicking but on the verge of releasing this slab of double vinyl on Germany’s Bilocation Records.

So how do things stack up in 2012? Well, the album kicks off in very fine style with “Johnny”, a loping rocker with an impulsive groove and vocalist Matt displaying some impressive lung power and not sounding dissimilar to fellow Boston native Craig Riggs from Roadsaw. In fact the similarities between both bands don’t end there as both parties share drummer Jeremy Hemond and both occupy that middle ground stoner sound that’s big on fuzz, solid on the groove and shot through with catchy, bluesy melodies. It has to be said though that Cortez are very much the protégés here snapping at the heels of the bigger dog in town.

That said, from the impressive opening track Cortez fire straight into the adrenaline rush of “All Hail” that charges along with a reckless sense of abandon and sees Matt ripping every ounce of bile from his throat. Cortez then proceed to up the groove factor on “Until We Die” which belies its faux doom intro to develop into a tasty little rocker that rolls along on a syncopated, almost funky riff. Once again Matt’s vocals prove to be a real high point displaying a real keen ear for a melody and a gut full of soul. If I have to point out a small niggle it is that the effect of the riff is curtailed somewhat by the overtly fuzzy guitar tone. For the most part the tone works well but on occasion the guitars would benefit from a little more clarity and diversity.

From here Cortez are happy to settle into their comfortable groove with the occasional deviation from their path, “Wormwood” for example is driven by a nice atmospheric acoustic verse that allows Matt to show a greater level of range to his style. This fact is further compounded on the beautiful “Nostrum” where acoustic guitars share space with organ, and do I detect some extra percussion in there? That Cortez are happy to sit in their neat pigeonhole is no criticism, however. The band displays a consistently high level of song writing skill that manages to be both unfussy, economical yet dynamic with an emphasis on catchy riffs and strong melodies…surely the cornerstone of any good rock song!!! The level even remains high when pushing their more obviously doom influences on tracks such as the mighty, rolling “Monolith” or the epic “Northlander”.

Although a double album does represent value for the fans I am left with a certain feeling that Cortez would have benefitted from a tighter, single album package, particularly as the final three tracks are demo reprises of existing album tracks (though “Johnny” is such a killer tune I reckon I can sit through it again!!!). On the other hand I have to give props to any band who include a song called “Satan” on an album!!!

Cortez are not breaking any barriers or creating anything ground breaking here but, ignoring the appalling bargain basement 80’s thrash metal style cover, they have created a fine stoner rock album brimming with decent songs and some great performances. They may not be up there with their Boston brethren Roadsaw just yet but they’re certainly poised to pounce if that band ever puts a foot wrong!!! 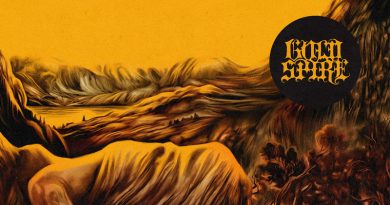