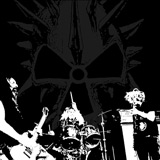 It’s been 4 years since Corrosion Of Conformity reformed the Animosity era line-up of Woody Weatherman on guitar, Reed Mullin on drums and vocals and Mike Dean on bass and vocals. Four years in which they’ve played countless gigs, released and album and an EP and are now set to release a new album, their ninth overall (as if the title didn’t clue you in to that)…and still people keep mentioning Pepper Keenan! Granted the Keenan era stuff was magnificent but it’s time we looked at the current incarnation of the band as something pretty special in its own right…it was in the 80’s when they were first together and it is now.

The band’s self titled effort of 2012 was a killer reintroduction but with IX COC seem to have really found their feet again. When the band reformed it was initially to perform the thrashier, more hardcore influenced Animosity era songs, and this clearly had a big influence on their last album. This time round it’s still very much in evidence but they also seem to have rediscovered their devotion to all things Sabbath. Certainly the opening pairing of Brand New Sleep and Elphyn draw on a mighty, doom laden wellspring of Iommi style riffing and Ozzy indebted vocals with a healthy sense of groove from Mullin’s constantly shifting, kinetic drumming. We must never forget though that COC started as a hardcore band (come on there were hints in that direction on Wiseblood for certain and the bonus tracks on America’s Volume Dealer or had you forgotten?). The band certainly haven’t forgotten this and on Denmark Vesey and The Nectar they hit us with some reasonably straight up 80’s style hardcore that, too these ears at least, sounds every bit as vital and vicious as they did when they were all half their current ages!!! This definitely isn’t a schizophrenic band by any means however. This is a band with a rich and varied history that they successfully pull together into a cohesive whole, much more so than on the previous album. When The Nectar shifts down a gear into a 70’s style megalithic crawl through its mid section and back into hardcore mode the transitions are smooth and natural. These are seasoned vets who know their shit and can turn it on at the drop of a hat…hell, Woody Weatherman probably even farts awesome riffs when he’s taking a dump!!!!

For me, On Your Way is one of the more interesting tracks here. Although the band don’t really dip into the southern rock affectations they showed through their mid period, this track hints at the slightly funky groove they hit on tunes such as Senor Limpio and Long Whip, Big America with one of the catchiest riffs on the whole album and is pushed along by an urgent beat from Mullin. Trucker on the other hand starts with some baroque blues featuring delicate, woven multi-layered guitar lines from Weatherman before kicking into one of the more straight ahead heavy rocking tunes on the album, though the spectre of Sabbath is never a million miles away as the band lock into yet more downbeat grooves halfway through.

It has to be said, for a band whose line-up reformed to play their more thrash oriented material, it is the slower, heavier, dare I say it doomier material that holds court across much of this release. This does seem to be a more natural fit for the band. If these songs were born from jams then it shows the true spirit that flows through the material.

For those still hankering after the Keenan era, The Hanged Man should feel like a comfortable pair of shoes as it’s the closest here the band come to hitting that groove…it wouldn’t have sounded out of place on Deliverance and provides a key link to show that, regardless who is currently in the band, this is still very much the same band it always has been. By direct contrast the oddly titled Tarquinius Superbus kicks off as a raging blast of Slayeresque thrash with Dean shredding his vocal chords in vitriolic style. Obviously given COC’s penchant for keeping you guessing, the song soon blends into a suitably kick ass rocking mid section before Weatherman goes all Kerry King on our asses during the solo and Dean produces a prolapse inducing yell…then it goes all Sabbath again!!! Seriously you almost need a map or GPS to keep up with all the changes in direction the band can take during the course of a song on this album. That said the songs are far from messy and each progression seems like the natural course for the song to take…very much in keeping with Sabbath’s 70’s ethic of keep it moving and keep it interesting.

Not only is this an improvement musically on its predecessor, the production this time, courtesy of long time collaborator John Custer, assisted by Dean, is a huge step up. I did feel that the guitars on the former album were a little on the raspy side but here they positively roar with guts and depth and overall the album sounds far more dense and weighty…like the titular Megalodon of their previous EP.

Let’s face it, COC are legends…they were legends in the hardcore scene in the 80’s, they started the 90’s with Blind, a legendary album that sits apart from any genre classification before becoming legends of the then non existent southern stoner scene. Now they’re legends who sit apart from any scene and can do whatever the fuck they want and on IX that’s exactly what they’ve done. In 30 plus years COC have gone from being Sabbath worshipping hardcore kids chasing the crown to Sabbath worshipping hardcore middle-agers holding the crown high out of everyone’s reach…and that’s pretty cool!!! 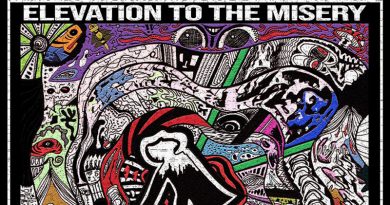