The fourth part of Heavy Psych Sounds split series brings together two monsters of drug-driven tone worship, first up the old stalwarts of Bongzilla – and due for release alongside their album Weedsconsin (which I also reviewed a few days back) – and then Tons from Turin, who were new to me but seem to have been around for a few years.

Hit play or drop the needle or click on the link and you’re plunged straight into the studio and immediate amplifier destruction. Everything running hot? Everything running slow? Must be time for Bongzilla. And they treat us to three choice nugs of their best crop, I’m not sure if these are ‘spare’ songs from the Weedsconsin sessions or were written separately, but they don’t come across as out-takes or hastily taped for an extra split release.

They show the signature Bongzilla songwriting that meant I could grab the bass and figure out most of the nuts and bolts of each song while listening, but with their own twists and turns, not serving to throw us off the groove as in wilfully ‘mathy’ or ‘progressive’ rock but always with a focus on the feel. Between the bounce, the groove and the dragging slower sections, Bongzilla never sacrifice the feel and while working in a tinge of the exotic alongside more straight swing, they’re never anything but right in the pocket. Muleboy, who was interviewed by fellow scribe Josh for the In Search of Tone series, leaves us with a juicy echoing rasp/howl in his inimitable style, and they make way for Tons.

a solid addition to Bongzilla’s recent album, and a sly nudge to check out what else Tons have already put out there…

Despite a similar bass-heavy distorted sound, it’s clear from the off that Tons have a different approach. Perhaps their background in hardcore bands lies behind the more metallic edge, but there is also more of a lean towards sludge in the vocal and overall grimness. That said, this is clearly not a super serious doom epic – Chronic Morning Obesity seems to be largely a suite of songs about the hazards of cannabis-induced snacking, and draws on the stoner metal trope of heavy-headed humour.

They’re a good fit for a partnership with Bongzilla, using, as elsewhere in their previous work, the extended voice samples, in this case an absurd munchies shopping list (whose origin I don’t recognise), and the slow-burning nod that the Americans find so comfortably. However, this is straighter in the lack of the twists I mentioned above, Tons tend to find a riff and play it out in a more doom style, and the division of rhythm and lead guitar – which even runs at times to what could be construed as a guitar solo – feels very different.

As a touring duo this would have me turning up red-eyed and eager, and as a home listening experience can only enhance any 666lb bong session. It stands in its own right as a damn good record, a solid addition to Bongzilla’s recent album, and a sly nudge to check out what else Tons have already put out there. 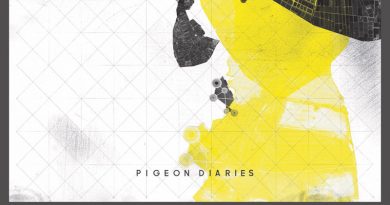