It’s feeling increasingly usual at this point for bands to emerge from decade-plus long hiatus, more obscure ones particularly. New Zealand ‘Digital Breakbeat Grindcore’ mob Bloodbox emerging from a twenty-year hiatus (their last release, to my knowledge, being the Structure Against Self in 2002 when the project was based in Cork, Ireland) should perhaps be more surprising than it is, having had something of a micro cult during their first run amongst those with a taste for extremes in both underground guitar and beat-based music. What is surprising though, is that on this first general release in twenty years, their sound seems like it’s been frozen in ice since the turn of the century.

A clattering, schizophrenic collage of enraged vocal yobbery, high speed electronic drums, both sampled and programmed, and grindcore riffage, Bloodbox has no time for subtlety. They probably don’t have much time for the dance floor either, in spite of being more than familiar with how to use a distorted ‘Amen Break’. They still sound like sonic violence fuelled by bad chemicals, the no man’s land between Chimpyfest and Bangface.

Take for example One With Dirt; it collapses in the middle from a melee of cut up death metal guitars and bonkers drum samples into a seemingly random moment of almost new age synth that suggests Enya is about to join in, only to immediately drop the madness back in on top of it. The (relatively) more coherent Tooth For Tooth sounds like current AI technology attempting to meld Brutal Truth and Nasenbluten.

Actually, a lot of this album sounds like that, which is perhaps the intention. The band state that one of the strains of influence at work here is that of a ‘post-human or cyborg existence in this modern era’. But it’s strange how overall this music – made admittedly with a mix of analogue and modern technology – is thematically forward looking yet feels sonically stuck in that moment in the 90s where extreme metal and gabber were briefly strange bedfellows. Think Fear Factory and Morbid Angel’s remixing experiments. Earache’s ill-fated attempt to get in on gabber, or the simple fact that a Thunderdome compilation was not unlikely to sit nestled amongst your teenage mate’s grindcore and death metal albums.

Turning The Tide uses a cleverly used/masked Slayer sample, a trick pulled off by Atari Teenage Riot (who’s shadow looms throughout here) in their prime. Withered and Nothing Remains on the other hand float around the realms of less manic industrial metal, splattering occasional bursts of ultra-fast digital blasting but again, sounding like they could have been recorded at the band’s initiation.

What does feel current is the sense of confusion, the jittering and jumping from one moment to the next like the flick of channels or the twenty second infobursts of TikTok. That chaos, the constant unpredictability is very 2020s indeed. It’s somehow extremely focussed but delivered to appeal to the modern ultra-low attention span we’ve all developed.

Post Human Disorder doesn’t, like the best of more traditional grindcore, overstay its welcome, and the sheer dementedness of this album is, in truth, wildly enjoyable for a couple of listens. While Bloodbox are far from a novelty, there’s definitely a sardonic sense of humour and absurdity here, reflected in the samples – Project 19‘s apocalyptic TV news warning, Possession‘s self-explanatory trailer abuse, and the metal documentary sign off that starts the volley of breakbeats that is the closing Problems. And wait till you hear the Discharge cover.

Whether it’s an album you’ll be willing to spend another twenty years with is anyone’s guess but as a testament to sheer white knuckle extremity and gonzoid electro brutality, it’s worth a blast. Particularly if you want to piss off your neighbours. 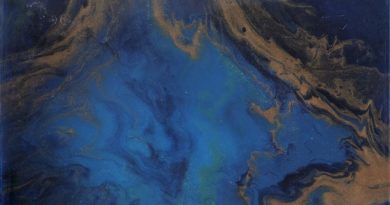