French progressive hardcore troupe Birds In Row return with a new full-length Gris Klein. Their first since the switch from the Jacob Bannon founded Deathwish to Red Creek Recordings, a label founded in 2020 by Johannes Persson of Cult Of Luna fame. It seems like a prescient shift for the three-piece from Laval as their sound has matured, slowed and seems darker, very much in keeping with their new illustrious labelmates. The flip side is true also, that older fans who discovered the band on 2012 debut You, Me And The Violence may feel the band has moved away from them a little, a change towards a less immediate sound and stepping away from their hardcore roots.

Album opener Water Wings sets us off with a super catchy hook with guitarist/vocalist Bart Balboa’s trademark shouted delivery (he provides excellent clean vocals later on the record). The first reference to the overbearing lyrical theme appears early, with refrains of ‘confusing loneliness for freedom, solitude for a serum’ to a screamed chorus of ‘Where do we go from here?’ signposting another album written in lockdown. Birds In Row get this right though, claustrophobia and confusion run a clear seam through the atmosphere of Gris Klein, not self-pity but a healthy and grown up meditation on loneliness, society and the relationship between the individual and the collective.

Daltonians and Confettis will be classic Birds In Row tunes with appealing percussion and bass interplay getting feet tapping and heads nodding. These are tunes that wouldn’t feel out of place on the landmark 2018 release We Already Lost The World, the record that secured Birds In Row on some prestige tours with genre behemoths and a Roadburn 2019 Sunday night cachet slot in Het Patronaat (RIP). Fast and dance-y hardcore may be their pain et beurre, but it is clear that the scope here goes far beyond their discography as we move to the ambitious and introspective Noah. Tempting as it is to read this as solely a treatise on climate change and existential dread, with references to rising waters and arks, this is used effectively as a condemnation of all the ills of our ailing capitalism. A bitter sounding Balboa smirking and enjoying the final failure as ‘oxygen runs dry and gold won’t buy room for all of us’.

The rhythm section again takes the lead on Cathedrals, scattergun bass courtesy of Quentin Sauvé and percussion taken care of by Timothee Duchesne. Squealing guitar licks add layers as the song wraps up in frantic form. Those who fell for the band on We Never Lost The World will find a lot to like in Nympheas, a song that effortlessly runs the gamut from frenetic aggression to anthemic melody. Almost shadowing the progression on this album, we are treated to a pleasing post-metal influenced closeout that a certain J Persson would have been proud of.

The strummed guitar and clean vocals that open Trompe L’oeil show a self-assurance this iteration of Birds In Row wear openly. A grown-up discourse on mental health and the strains of relationships, this feels like a high point for the band. Just like throughout the album, the lyrics and music bounce off each other, the calm beginning is betrayed as an illusion, and all the members come together to create an oppressive din that collapses in on itself, leaving an alone and dejected sounding Balboa to mourn.

Through the final trio of Rodin, Winter, Yet and Secession, the band continue to experiment, taking full advantage of a wonderful production. Secession is notable for its sublime menace that slowly builds towards a fitting climax to both track and record. The album sounds brilliant, with a mix by Cult Of Luna’s Magnus Lindberg placing the vocals a little lower in the mix than last time, allowing the excellent recording and production work by Amaury Sauvé to shine.

This is an excellent record by a band that have shown a clear intent to grow and progress. On Gris Klein many of the themes of previous work are referenced, both lyrically and musically. Those who know Birds In Row will find much to enjoy, and those new to the band will surely have their interest piqued. Chapeau! 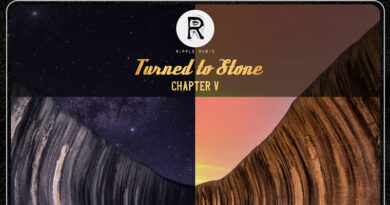 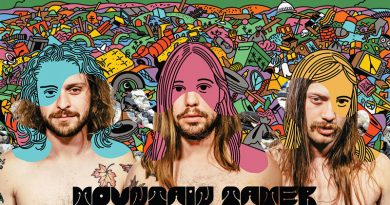