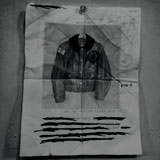 Noise-doom aficionados, The Body, are well renowned for their creative collaborations with some of metal’s finest, producing some absolutely terrifying results. Set to trump all of their previous efforts is their work alongside Krieg’s Neill Jameson. This album was produced two years ago but is only now seeing the light of day; recorded during the same sessions as I Shall Die Here and Christs, Redeemers, this collection of songs could not be further removed from the sounds of the aforementioned records. Jameson rocked up to his recording sessions with Lee Buford and Chip King with just an acoustic guitar and pedals  – a bottle of whisky shared between the trio helped matters unfold, birthing this self-titled splicing of musical DNA.

Each of these eight tracks is unmistakably Krieg material, Buford and King have simply complemented each song by stamping it with their trademark industrial soundscapes. Similar to their records with Vampilla and Thou, The Body take a backseat allowing for the metal to flow, simply enhancing the music with their dark sonic visions. This is the heaviest release we’ve seen from The Body in a long time, simply because of the unmistakable overtones of Krieg’s depressive style of black metal. However, where Jameson might have placed blast beats and tremolo picking there is instead a steady, pulsating beat and high frequency static. There are times when the songs meander their way into Author & Punisher style material, but before the beat becomes too danceable it’s pierced through with Jameson and King’s vocal game of Marco Polo – bouncing blackened snarls and high pitched shrieks off of one another.

There is the occasional flourish of acoustic, un-programmed drums which adds a rawness to the already gritty sounds, but ultimately the rise and fall of the harsh feedback leads the listener down an anxiety fuelled path of uncertainty. Passages of lethargic doom fog erupt suddenly into bursts of fuzz laden, louder than hell drone, languishing in the obscure. There is a darkness and a depression within this album that is more than palpable, but it’s paired with a thick, black dirtiness that’s every bit as grimy as it is bleak. The Body and Krieg crusade the realms of industrial doom and abstract metal together and the results are both frightening and intriguing.

Fans of either band will enjoy this album; it would be difficult not to give its ability to resonate so deeply into the listener’s most private pits of despair. However, where there is gloom there is filth and the overall result may leave you feeling like you need to take multiple showers once it reaches its end. 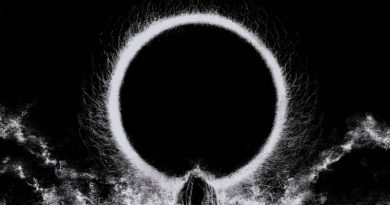 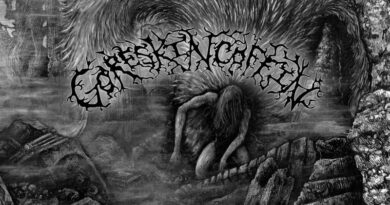