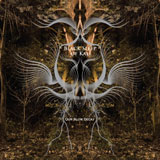 Small Stone Recordings are a bit like a good and trusted friend for the most part; you know you can rely on them to deliver some quality kick ass rock and roll that have you shaking your bootie and chugging back the beers with wild abandon. Occasionally though they will hit you with a mood swing that goes against all expectations. Black Sleep of Kali are one such mood swing, fortunately this is one that’ll leave you beaming from ear to ear while you pummel your fist to a pulp against a brick wall.

Black Sleep of Kali are an ugly yet beautiful proposition that draw on influences with a darker hue than most of their Small Stone contemporaries. This is by no means retro rock and sits firmly in the modern day looking to bands such as Baroness, Mastodon and High on Fire with one eye on the up and coming stoner doom scene of bands like Black Pyramid and Elder. Pulverising, uncompromising and aggressive on the one hand, BSOK pile granite hard riffs onto each other propelled along with an animalistic rhythm and capped off with a coruscating vocal approach that sounds like a juggernaut scraping along a cliff side!!! That said there is a deep rooted sense of melody and beauty at the heart of all these songs that elevates this album to a higher spiritual level than a lot of bands of this ilk. When the band break into the “when my body’s laid to rest” refrain in the track “Euology” there is a sense of dignity and majesty that tempers the heaviness and the layered vocals show there is more to this band than the desire to crush heads. That said the guttural yells that herald “In Time” would have you believing that vocalist Taylor is on the verging of vomiting up a lung!!!

There are no high points on this album, instead it reaches a plateau of greatness and sits there on a pile of skulls surveying the bloody mess below. Each song is a carefully woven collection of big riffs that flow seamlessly from one to another with consummate ease. Density gives way to space as the band display it’s possible to leave out as much as you put in to create true heaviness. The initial impact of this album is like being hit by a fucking huge boulder but keep listening and it becomes apparent that, scratch the surface of the boulder and you will find gold. Those wanting to throw back a couple of Budweiser’s and watch girls shaking their things may want to look elsewhere but those wanting to hold aloft a goblet of mead and worship thee unholy power of thee riffe may well want to give this a listen. 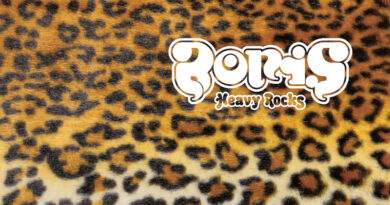