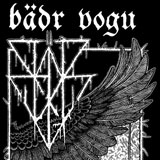 Oakland’s Bädr Vogu continue the grand tradition of Bay Area sludge begun by their filthy forebears in the likes of Noothgrush and Dystopia, while dragging the genre down to new depths of depravity. This summer saw the release of their Agglomeration MMXIV tour tape via Transylvania Tapes, compiling their split with Seattle’s Wilt, and two new filth-encrusted tracks.

The first of the new tracks, Traitor, kicks off with the wailing of sirens and the howling of feedback, before the drums crash in, soon followed by vocalist Sean’s putrid screams. This track has heavy Grief vibes, the main riff allowing the twin guitars to weave in and out of one another to hypnotic effect.

They follow this with Anathema Of Time, a truly anguished slab of sludge, the bass growling menacingly beneath the steady chug of guitars and cavernous vocals, which call to mind Thorr’s Hammer here. They switch things up a few times throughout the track, incorporating skull-rattling blastbeats and ripping guitar solos into their fetid murk, with neither element feeling out of place. It’s a direction they would do well to explore further on future releases.

The few tracks from the Wilt split are as vicious as ever, with Gospel Of Greed, a phrase familiar to anyone sickened by the sort of white-collar criminals glorified in the movie Wall Street, which is itself sampled in the track’s intro. The stuttering stop-start rhythm of the track backs lyrics like “Slaving our lives away, the world bled dry for others gain. The many exist in poverty, while the few prosper in luxury“. Dystopia themselves couldn’t have said it better. Tumbling drums and lurching guitars lead into a downright groovy riff as Sean’s scorched-earth vocals implore the listener to bite the hand that feeds. The vehemence heard in this track alone puts Bädr Vogu miles ahead of many other bands plowing similar furrows.

They take things down a notch on Apparitions, beginning with sombre guitar and the eerie strains of a lone violin, before a sample I recognise as one of my favourite pieces of dialogue from the show Six Feet Under. It’s an unremittingly bleak intro, befitting the track’s subject matter of loss and loneliness. The bulk of the song itself is an agonising crawl through the darkest depths of doom, before an almost folkish interlude leads into closing track Born Into This.

The flurry of drums and ripping riffs that comprise the opening minute are far from indicative of the majority of the track, as it quickly shifts down a gear to a driving Brainoil-esque chug, and eventually slows all the way down to a sickening sway before dying in the throes of distortion and feedback. Lovely stuff. 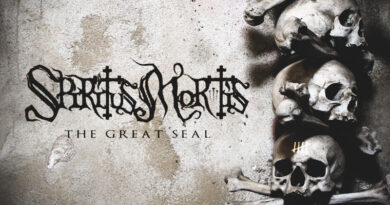